because that's what Godless heathens do.

Rather than bore you with my sad tale of hiking in and out to my car marooned in the cul-de-sac due to snow, and Friday's flat tire (thank goodness for the person who invented that little low air thingy on the dash), necessitating my purchasing two new tires and, for good measure a new battery, let me instead tell you about the most profoundly saddening thing I've seen in a very long time. 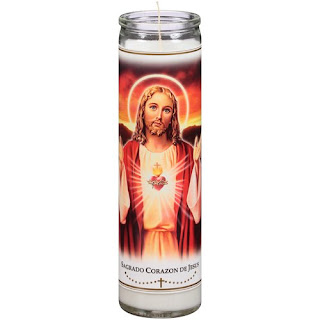 There's a disgusting "progressive" (read communist) radio station in Minneapolis which will remain unnamed.  On their Facebook page, they posted a picture of three Sacred Heart of Jesus candles all lined up like little soldiers. Over the face of our Lord and Savior they photo-shopped the faces of Empty Cortex, Nancy Pelosi, and Ruth Bader Ginsburg as though they represented our salvation. I also refuse to post that blasphemous picture.

My first reaction was anger, but that very quickly changed to a deep sadness that made my heart hurt.

To mock Jesus, who became man, died for our sins in a horrific way, and rose again in glory to save us from sin, in order to take a political jab at Christian/Catholic conservatives is appalling.

It quickly occurred to me that Jesus would not be angry, but instead was probably as saddened as I was that His creatures, given free will, would insult and mock Him just as He was spit on and mocked before His crucifixion.

These candles, beloved most of all by Mexican and other Latin Catholics, not only insults God, but also the very people they claim to love.  Could we not slap this with the the left's newest "cultural appropriation" label?

Today, I will (begrudgingly) offer my Mass for the souls of the pagan Christ- haters who wound the heart of Jesus.  I will pray for their repentance and that some day before their death they will find the truth.

How fitting the gospel for today is Matthew 20: 1-16, The Parable of the Workers in the Vineyard.

The general idea of the parable is that everyone comes to the vineyard (faith) at different points in their lives. Some people are lifelong disciples of Jesus, and some people convert only toward the end of their lives. In the kingdom of God, both groups are treated the same. By human standards, we perhaps might view this as unjust. Yet Jesus points out that the reward for their long work (heaven) is fair, and the only reason that others receive this same reward is because of the generosity of the owner of the vineyard (God). It is His (God's) to do with as He pleases. So long as we have not been treated unjustly, how could we reasonably complain that God is generous to others?  source 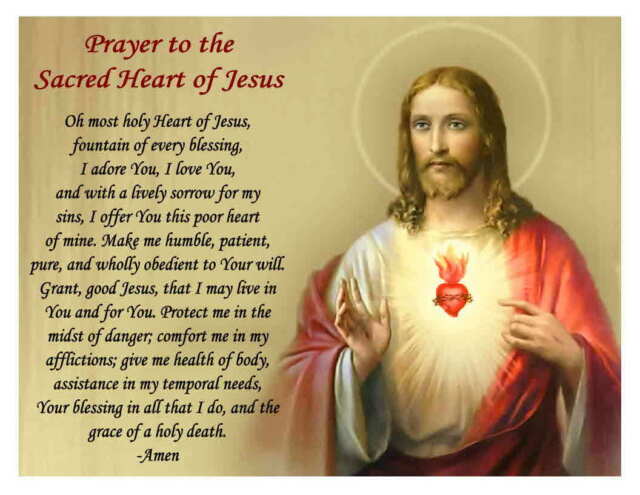 Have a wonderful Sunday

Email ThisBlogThis!Share to TwitterShare to FacebookShare to Pinterest
Labels: Parable of the Workers in the Vineyard, Sacred Heart of Jesus