Warren Wilhelm aka Bill de Blasio "tries" to correct Empty Cortex about Amazon and gets it wrong...


“I have no problem with my fellow progressives critiquing a deal or wanting more from Amazon — I wanted more from Amazon, too,” de Blasio said. “The bottom line is, this was an example of an abuse of corporate power. They had an agreement with the people of New York City.” source 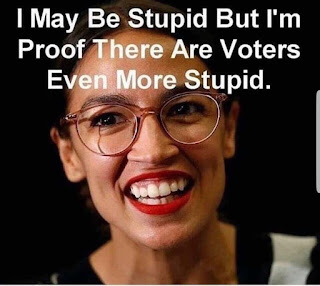 As for Empty Cortex wanting to use 3 billion in non-existent money to fund mom and pop businesses to create 25K jobs is just, well - beyond my paltry shallow well of words.

President Day Deal at Amazon
Posted by Adrienne at 10:02 AM