You WILL care about the Academy Awards...

even if you don't.

We start our week with morning to night coverage of a bunch of hypocritical nobodies gathered together to applaud each other for being "woke."

Since the ratings were at an all time low, I guess their pontificating about guns, while being surrounded by 500 armed guards, didn't translate to the dirt peeps giving a good gosh darn.

Of much more interest is an article from 2015 about David Horowitz that was sent to me by very bright lady, frequent commenter, and friend of this blog, Joy Daniels Brower - and we thank her.

THE LIFE AND WORK OF DAVID HOROWITZ

From red-diaper baby to New Leftist to the Left's most formidable enemy.

Having forgotten that David was behind the wonderful resource of Discover the Networks, and having also forgotten that he founded FrontPage Magazine and Truth Revolt, it sent me scurrying to Amazon to peruse all his writings. As usual my next stop was our wonderful local library to see which of his books was available.  Whew - it's fully stocked with David Horowitz books.

Of particular interest was his book Radicals: Portraits of a Destructive Passion, which will be picked up at the Liberty Lake, WA library and delivered to my branch in Post Falls, Idaho - and we thank them!

In 2012 Horowitz published what with one large exception was to be a final episode in the work of the second half of his life—to understand the pathology of the left, its hatred of America, and its destructive agendas. He gave it the title Radicals: Portraits of a Destructive Passion (2012). Among its six chapters is a portrait of his friend, Christopher Hitchens, whose incomplete second thoughts about his radical commitments becomes for Horowitz a measure of what it means to be of the left, and what it means to have left the left. This poignant rendering of both the man and his evolving ideology explores the seamless fabric joining radical ideas and lives, and the destructive consequences of both. (from the above linked article on David Horowitz) 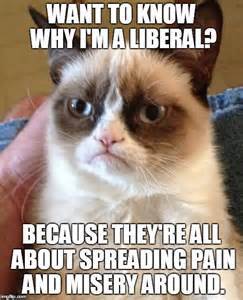 I really have a burning desire to understand what makes a person a simmering cauldron of radical Commie/Marxist/Socialist thinking - which doesn't really appear to be thinking as much as "feeling."  Maybe Horowitz will give me some clues.

While waiting for the book, I plan to do a re-read of Witness by Whittaker Chambers, already ensconced on my bookshelf.
And later today I want to read  Why Intellectuals Fall for Socialism by Friedrich Hayek. I'm curious to see how Hayek defines an "intellectual" since the people I encounter who purport to be libtards do nothing more than spout borrowed ideas with not one wit of intellectualism to back up their claims to a future utopia.