March for Our Lives...

a student led march against guns planned for March 24th.

Except it's not student led.

It's a whole bunch of libtard political action groups like the Women's March,  MoveOn.org, Moms Demand Action for Gun Sense, and Planned Parenthood is helping to fuel this to show their support for the kids they didn't manage to hoover out of their mother's womb.

And then we have the celebrities giving voice and money to the movement with George Cloony leading the pack. 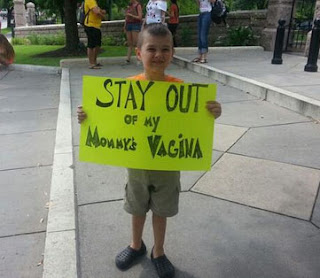 What kind of vile people would use children to advance their wicked cause?  Oh, maybe it's the same people who drag their little kids to homosexual pride parades, and outfit them with vile vulgar signs at pro-abortion rally's.

Check out the anti-gun protest in Stockton where the kids broke windows on cars - including police cars, in their quest for peace and safety.

The Blaze:  The DNC just seriously exploited the Parkland shooting and a student — here’s what they did

The Federalist:  Why Did It Take Two Weeks To Discover Parkland Students’ Astroturfing?

Deals in Health and Personal Care

The Zinus Memory Foam 12 Inch Green Tea Mattress Queen size is still on deal for $189.00.  The King is only $229.00.  Other sizes are available too.
With 82% five and four star ratings which are approaching 16K I have to assume it's a pretty dang nice mattress.

Email ThisBlogThis!Share to TwitterShare to FacebookShare to Pinterest
Labels: March for Our Lives