and I couldn't care less.

As I've said to others, this is just the latest MSM outrage du jour and next week it will be something else.  I suspect many other people feel the same way.  There's only so many times you can claim the sky is falling before people tune you out.  It's obvious the sky is still there and Donald Trump is still president.

We had 8 years of the MSM cheering Odumbo for everything he did or said.  We were told over and over that he was the greatest president of all time when clearly he was not.  And now I'm supposed to believe them when they will do anything to subvert Trump?  Not going to happen.


[...]And that’s what it all comes down to now, I think. The Left’s target isn’t Trump now; maybe it never was. The target is Trump’s supporters. They hope to demoralize us, to make us disengage, to inspire us to resignation and defeatism and acceptance of the eternal status quo. They want us to believe that the Swamp can never be drained, to believe that Trump is a fraud who never had any intention of draining it in the first place. They want us to throw up our hands and walk away.

And knowing that, I now believe it is absolutely vital that Trump continues to get out there among the people and do the occasional huge rally—to ditch the Swamp dwellers, to spite and disdain them, and get out among We the People and inspire them anew. I think it’s vital for him, and it’s vital for us too. It’s all too easy to be dismayed when all you get is a steady diet of the sort of stinking swill fed us by the establishment media propagandists; hell, I myself talked to three friends of mine today who were completely convinced that with this latest nothingburger, they finally had Trump nailed at last. They were really worried about it; Old Media had gotten to them at last.  read the rest

Newsbusters:  Nasty: Jimmy Kimmel Airs Fake Interview with Grotesque Puppet of Kellyanne Conway  Harkens back to all the times he made fun of Mooch.  Oh, wait...

Infidel Bloggers Alliance:   THE STORY OF TRUMP, JR. MEETING WITH NATASHA IS A TRUMP SET-UP AGAINST THE PEOPLE WHO HAVE BEEN TRYING TO TAKE HIM DOWN  Is he right?

Amazon Prime Day 2017 has come and gone.  I want to thank eveyone who ordered through my links.  It is much appreciated! 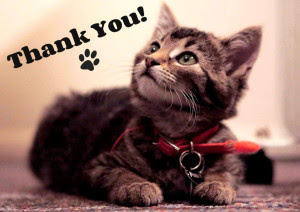