The New York Times wins the prize for audacity...

with this ridiculous article:

Trying Not to Drown in a Flood of Major Breaking News 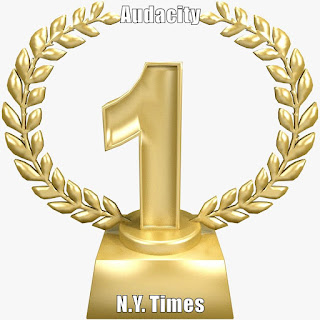 While the Trump witch hunt continues, the New York Times, itself a perpetrator of "fake" and hysterical anti-Trump propaganda, wonders how we're all dealing with the onslaught.

What follows this stupid article is over a hundred comments, most of them anti-Trump, regurgitating nonsense about the end of the world is neigh and Trump must be impeached.

Only the WaPo manages to be more dishonest and mendacious than the N.Y. Times, while the MSM cheers them on.

As Mike over at Cold Fury said:

Here’s where we are, people: you will be allowed to elect either a hard-Left Democrat Socialist, or a “moderate” Republican collaborator; no other choice is acceptable. Your diseased, almighty government will continue to grind on: stealing your freedom, spending money it doesn’t have, refusing to defend you or re-establish the national borders, expanding the blight and decay and dysfunction that is now part and parcel of American governance. Crippling the economy via regulation and punitive taxation; poking their noses into and meddling with any and every aspect of your life; hectoring you and lecturing you about your unforgivable lack of proper respect for Progressivist psychosis; vigorously restricting your right to dissent while mollycoddling and encouraging the violent thugs rioting in your cities.

You are now expected not just to humbly tolerate but actually be grateful for insults, slander, and physical assault by primordial dipshits without the slightest comprehension of how the world works. You are expected to work your ass off in order to keep these same thumbsucking, bedwetting shitweasels fed, clothed, and housed. You are expected to welcome hordes of third-world barbarians with no understanding of our culture and no interest in assimilating; their depredations against you—including harassment, gang rape, and occasional mass murder—will be met with no retaliation or even acts of self-defense from the likes of you. To even speak of them as enemies will bring virulent disapprobation at the very least.


And my friend Hardnox over at Nox and Friends has this to say about all this impeachment hysteria:


Should this come to be reality then a full fledged bloody war will commence and the left and their UniParty allies will be very sorry.  Regular Americans from every stripe have had enough of this bullshit.  We want America back.  We are tired and fed up.

Our patience is very thin… VERY.

The nutless Republicans could stop this crap in its tracks yet they choose to allow it.  Time to man up or get out of the way.  No excuses.  Choose to be part of the solution or you are THE PROBLEM… or you will suffer the consequences accordingly.

Rest assured, those of us on the Right will not start this conflict but we will most definitely finish it.

He also has Paul Joseph Watson’s latest video regarding the bullshit meme of impeachment coming for the Left and the nutless NeverTrumpers…  Excellent!

I know there are people who don't like Sean Hannity, but don't take your personal distaste for a person keep you from hearing what he has to say.

Nox and Friends: Resistance Summer Brought To You By Democrats, Move-On.org, and Soros  This is lengthy, but it's very important for your mental health, to understand the enemy and their tactics.

The Solari Report:  All You Need to Know About James Comey

Deals in Tools and Home Improvement