And it's not going to stop anytime soon.

The lying libtards, with help from the complicit MSM, will stop at nothing to undermine Trump and his administration.

Don Surber has an excellent round up of fake news - and we thank him.

Personally, I'd like to see the president and other elected officials going about the business to which we elected them to carry out.

No longer can I even read the "news" without wondering which swamp creature crawled out of the muck in DC to inform us of how Trump should be impeached.  For what?


[...]Our President is under attack by godless, anti-American, neo-Leninist groups funded by George Soros, and other haters. Their goal is simple; undermine the will of We the People and continue to deconstruct America by turning her into a Marxist-Socialist state.

Massive amounts of money are being spent to produce a narrative of blatant lies about our President. These faceless entities operate in the shadows and it is my objective to shine the light of truth upon them. Following is a memorandum from an extreme far-left anarchist Democrat front group comprised of Marxists. As you read it think about the number of people who are swayed by these unmitigated lies.  read the rest

I know plenty of people of which Mychal speaks.  Their sole source of news is the Democrat Underground, NY Times, WaPo, and the soy latte guzzling crowd over at NPR.  May a pox fall on their houses.

Zilla gives us good advice on how to deal with this unrelenting barrage of nonsensical bullcrap:  #TrumpDay – Nontroversy Nonsense Edition

“Now I want to take this opportunity to offer you some advice. Over the course of your life you will find that things are not always fair. You will find that things happen to you that you do not deserve… You have to put your head down and fight, fight, fight!… Never ever, ever give up. Things will turn out just fine….Look at the way I have been treated lately. No politician in history has been treated worse or more unfairly. You can’t let them get you down. You can’t let the critics and naysayers get in the way of your dreams." President Donald Trump

I have important information for the anti-Trumpers, their useful idiots, and the screeching pussy hat wearing women who think you're on the winning team. 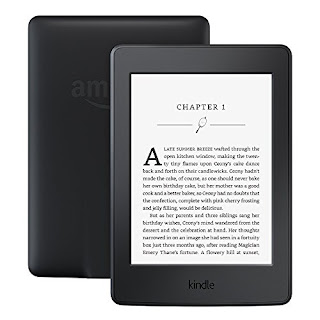 As for me?  I'm headed off to play with my new Kindle Paperwhite e-reader.  My goodness - that little thingy can hold thousands of books.


Amazon Deals of the Day 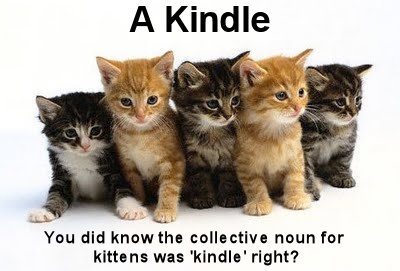