I present to you two perfect examples of who we're dealing with when we go up against a committed leftist.

The first is a guy who declared himself to be "gay" and then proceeded to say it had nothing to do with all the terrible things Trump was going to do to homosexuals.  When questioned about exactly what terrible actions Trump was going to take against all the victimized LGBT's, he had no answer. Not very smart.

It's no different than the Ladies Who March™ who cannot formulate one cohesive statement about what they are protesting.  Coming up will be the Day Without Women on March 8th, which is also International Women's Day.

Anyone, anywhere, can join by making March 8th A Day Without a Woman, in one or all of the following ways: 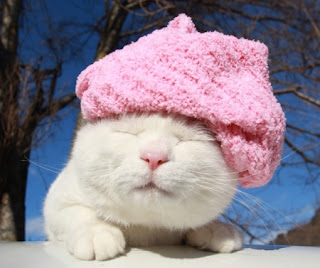 Wow!  That will show all of us dirt people just how powerful and needed women are to the smooth functioning of the country.  Only kidding.  It will, however, get a bunch of them fired from their jobs.  And guess what, ladies?  No one cares if you wear red.  Really?  Are you freaking kidding me?  Don't you realize that the red will clash with your pink hat?

Do us all a favor and whip up some sandwiches before heading out wearing your best red T-shirt to not shop.  Thanks heaps.

As a counter protest, I plan to spend March 8th shopping with special emphasis on all the places they're boycotting (which is about every dang store in the entire country.)  Trust me (said the spider to the fly) this is a yuuuuge sacrifice as I hate to shop.


Saving the best and craziest for last, I give you Sunsara (what the hell kind of name is that?) Taylor who is, without a doubt, one of the meanest hate filled woman I've run across in a long time.  She's a proud member of the Revolutionary Communist Party and claims anyone who disagrees with her is a fascist.

From her pinched up little hard line of a mouth, to her screechy voice, she's definitely the perfect spokeswoman for the embittered pussy hat wearing ladies of the world.  That's a load of hate wrapped up in one ugly little package.

Amazon is on the boycott list, so be sure and wander over and buy stuff that's guarenteed to blow their minds.

and you alpha males can show solidarity by cruising the