Why is no one questioning the "Trump “Exploded” At Media Execs During Off-The-Record Meeting: “It Was A F–king Firing Squad” story??...

because it doesn't sound like the truth to me.

Based on two unknown sources, we're being asked to believe that President-Elect Donald Trump called 30 or 40 network executives and journalists together to insult them and give them a royal dressing down.

I can see why the folks on the right would employ the echo chamber to tout this over and over.  Who wouldn't want to see the dis-honest MSM finally get what's coming to them?

From the first time I read this, my little pea brain said, "Huh?" 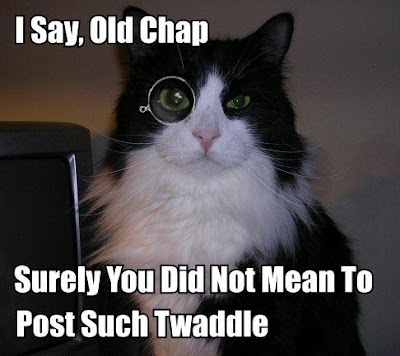 In particular, I was struck with the report that he called out Jeff Zucker of CNN by name and lambasted him in front of the other participants.

Donald Trump, who wrote "The Art of the Deal", a man known for his great negotiating skills called together all these press people to publicly humiliate them?

I call BS on this story.

Who benefits from a story like this?  The libtards, who can now jump about and squeal, "See, he's a Nazi who wants to control the press."

Today he cancelled an interview with the "failing" New York Times.  This was done publicly with a tweet. He didn't call out anyone by name, he just stated a fact.

Burning Platform:  When It Comes to Fake News, the U.S. Government Is the Biggest Culprit

Return of Kings:  How We Can Win The Propaganda War