Sums it up nicely: de Blasio and Sharpton paint the street in front of Trump Tower...

And doesn't that say it all?

Murders and crime are at an all time high in New York, but this ignorant and arrogant stupido sucks up salary from the citizens of New York to indulge in petty photo-ops with fake "Reverend" Sharpton, and his bi-sexual wife (deBlahBlah's wife) (aka I'll have sex with anyone or anything.) 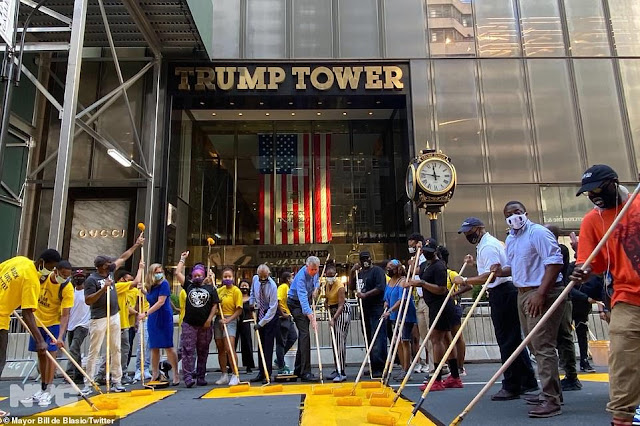 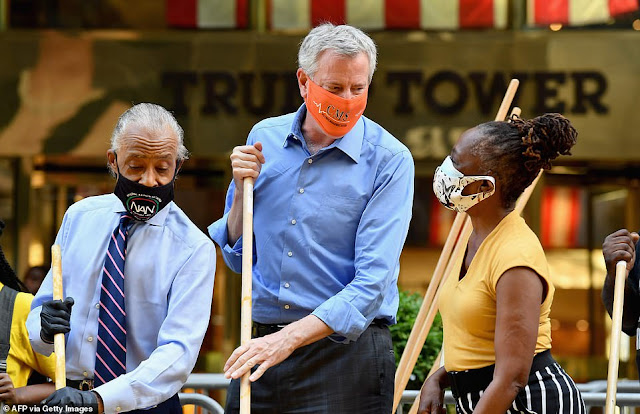 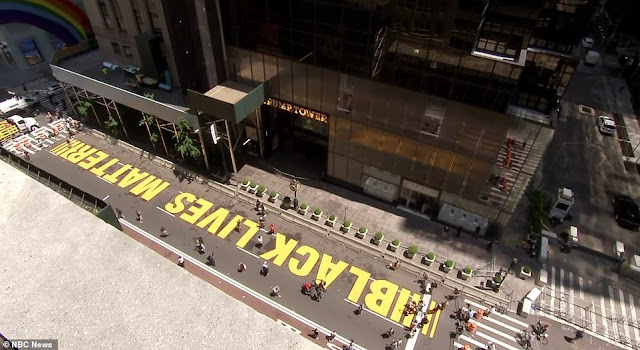 VIDEO: You Will Absolutely Not Believe What Bobby 'Beto' O'Rourke Blames For Spiking Violent Crime

What can you do?

Archbishop Viganò wrote a special prayer for all to use leading up to the November elections. Print it and add it to your morning and evening prayers. If you're Catholic (or even non-Catholic) see what else you can do at The Remnant

Prayer for a Resurgence of Christianity in Americaand the Re-election of Donald Trump
Almighty and Eternal God, King of Kings and Lord of Lords: graciously turn your gaze to us who invoke You with confidence.
Bless us, citizens of the United States of America; grant peace and prosperity to our Nation; illuminate those who govern us so that they may commit themselves to the common good, in respect for Your holy Law.
Protect those who, defending the inviolable principles of the Natural Law and Your Commandments, must face the repeated assaults of the Enemy of the human race.
Keep in the hearts of Your children courage for the truth, love for virtue and perseverance in the midst of trials.
Make our families grow in the example that Our Lord has given us, together with His Most Holy Mother and Saint Joseph in the home of Nazareth; give to our fathers and mothers the gift of Strength, to educate wisely the children with which you have blessed them.
Give courage to those who, in spiritual combat, fight the good fight as soldiers of Christ against the furious forces of the children of darkness.
Keep each one of us, O Lord, in your Most Sacred Heart, and above all him whom Your Providence has placed at the head of our Nation.
Bless the President of the United States of America, so that aware of his responsibility and his duties, he may be a knight of justice, a defender of the oppressed, a firm bulwark against Your enemies, and a proud supporter of the children of light.
Place the United States of America and the whole world under the mantle of the Queen of Victories, our Unconquered Leader in battle, the Immaculate Conception. It is thanks to her, and through your Mercy, that the hymn of praise rises to you, O Lord, from the children whom you have redeemed in the Most Precious Blood of Our Lord Jesus Christ.
Written by Archbishop Viganò for this Rosary Crusade