How has the scamdemic changed your life?...

After reading Poll: Only 35% of Americans ‘Comfortable’ Returning to Normal Routine at Breibart, I reflected on how my life and routines have changed. Now I'm wondering about you, my precious poodles.

I realize that depending on the state and city you live in, your stories will differ as to how your routines or life was changed.


According to the survey, conducted June 30 – July 3, slightly over one-third of Americans feel some sense of comfort in returning to their normal routine.

Only 15 percent said they were “very comfortable,” and 20 percent said “somewhat comfortable.” The majority of those surveyed, 59 percent, indicated they felt some level of discomfort in resuming their normal activities.

You can read the whole thing at Breitbart, but these pull quotes pretty much sum it up.

I admit to being a tiny bit fearful the first week or so of the Wuflu being blasted from every news site. Fear is a natural response to the unknown.  After doing my own research, I replaced fear with anger.  Now, being angry is also not good for one's health, so I quickly squelched that odious emotion.

We don't eat out a lot, so restaurants being closed wasn't a big deal.  The gym being closed was a bummer, and I suspect contributed to my piriformis injury (which as of yesterday is waaaay better - thank you all for your prayers.)

However, it didn't take long to realize that my major source of social interaction and "fun" activities revolved around running my errands. I'm on first-name basis with half or more of the staff at Costco, Wallyworld, Super One grocery store, and Ace Hardware.  And the random peeps shopping are all my "friends" and someone to converse with.  There are no strangers in my world.

Suddenly, there was no one to talk to. The stores had weird tape all over the floor keeping us apart, many of the people had their faces hidden behind filthy little rags, and the cashiers were barricaded behind plastic shields.  I found that very depressing and very weird.

Humans are social creatures.  We respond to the expressions on the faces of others.  Smiles, frowns, a raised eyebrow, a wink all "speak" to us.  When faces are covered it's almost as though that person has ceased to exist.  I've noticed the masked people do not make eye contact, but instead furtively look away. Is it because I'm not masked and they fear me? I have no idea.  But if the goal of the commie/libtards is division, the forcing of masks ranks at the top of the odious scale.

And the toilet paper.  OMGosh!  You don't want to get me started on the run on toilet paper.  What was that all about?  I buy the 48 pack of Marathon TP at Costco and usually have 2 or more packs, since I snatch it up whenever there's four or five bucks off.  For some reason, we only had one full one and half of another, so I was able to give my friend 24 of my rolls.  We still haven't run out of TP.

Since the bulk of my shopping is at Costco and they now require masks which I refuse to wear, I've had to substitute with items from Wallyworld or the grocery store. I've discovered that many items were available elsewhere at comparable pricing and similar quality. Sorry, Costco. I had one large order delivered from Costco and realized a huge hidden savings since I didn't grab a bunch of extras I would have if I was in the store. Sorry, again, Costco.

The worst thing of all was having my church closed up.  It was only through the intercession and lobbying of our pastor that we could have unlimited people at my dear friend's Requiem Mass on May 9th - and we thank him.

Will our life ever be the same?  I doubt it. But I'm hopeful that whatever replaces our "old normal" will be better. It's up to each of us to make it so.  I'm thankful that I live in Idaho, and I pray for the people who live in states that are keeping people from work, church, and play. 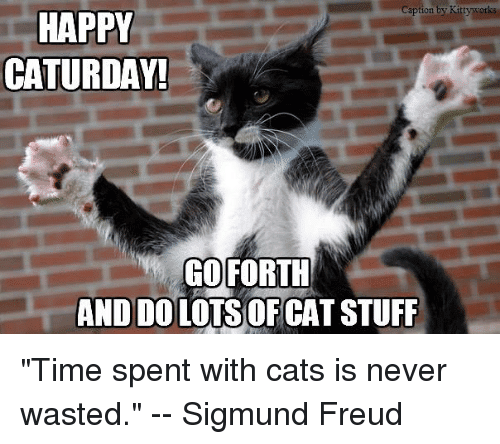 That was about the only thing Freud got right!