The real shocker about those high school boys picking on an Indian...

which didn't appear to happen.

The high school boys from the Covington Catholic High School in Kentucky,   who have been accused of picking on an Indian, have been largely exonerated by the full video of the (IMO) non-event.

Reading the comments at The Hill, Huff and Puff, and Daily Mail further illuminated the hatred the commie/marxist/libtards have for us - the deplorable dirt people.

The majority of comments had nothing to do with what allegedly happened, but instead slandered the boys for, wait for it:

Tied for number one in the list of insults:

If there is anyone out there who does not "get it", please step forward and present yourself to a truth telling team who will help you understand what is going on.

The vile venomous left is willing to destroy the lives of high school kids, not because they actually did something wrong (they didn't), but just because that's what they do. 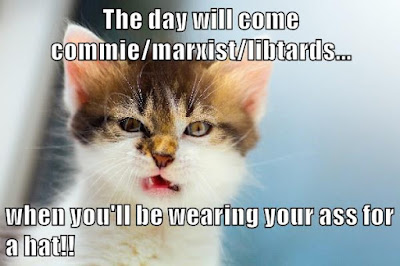 And what have the high school kids learned?

They've learned that for their entire life they will be sneered at by the left for being white, male, and Catholic.

If the diocese does not stand behind these boys, I fear there will be an immense backlash from the faithful - at least from those who remain.