Do you realize how much the commie/marxist/libtards hate you?...

It's has been a long journey to really understanding how crazy and hateful the commie/marxist/libtards really are.  Even though I claimed to know - I really had not internalized what lengths these people would go to spread their agenda.

Once again Kurt Schlichter points it out to us in Get It Through Your Head That Progressives Hate You.


...We need to accept the harsh reality that a substantial number of our fellow citizens hate our guts. All the simpering blabber about civility, all the clichés about unity, are all just comforting lies. A bunch of them hate us. They hate us. Hate. And we need to stop pretending the truth right in front of us is not right in front of us.

Most of us on the right don't bandy about the word "hate" or wish death and destruction on our enemies.  If you do, you need to stop right now.  Hating a person's actions is one thing, but to direct hate toward a person is not good for your soul.  And to wish death on a person is super bad juju.  In fact, you should pray for these misguided souls.  If you find that difficult, do as my former pastor said, "Just pray for God's will to be done."  Works for me.


In sum, we're dealing with nihilism, a parasitic evil whose end is destruction, pure and simple, and whose author is demonic. No wonder Saul Alinsky dedicated Rules For Radicals to Satan.

This battle is spiritual, it's an affair of the heart and mind. We must counter it likewise, spiritually, with love and truth as opposed to hate and deceit.

This does not mean you have to sit and sing Kumbaya if someone physically assaults you. You have a God given right and a duty to protect yourself.

If the commie/marxist/libtards hate you enough they will do everything in their power to silence you.  Alex Jones and his InfoWars has been almost completely silenced by Apple and Facecrap claiming he promotes "hate speech", while The New York Times hires a rabid anti-white racist Asian.

Sebastian Gorka sums up who these people are and what they're doing in 3:19 - and we thank him.

H/T to my friend Hardnox at Nox and Friends

Victor Davis Hanson:  The Elites’ War on the Deplorables (Hey - did you know we're not only deplorable, but now we're also "garbage people?"

Don't forget this is Monday - a day for planning your week, calming your mind, and getting on with living life.  Along those lines I just ordered AmazonBasics Chisel Tip Highlighters - Pack of 12 (two each of 6 colors) to further organize my planner.

In other news yesterday after leaving Mass yesterday a brain dead millennial, with no warning, popped out of a side street right in front of me.  Engaging my God given right to defend my person and my property against assault and using my superior reflexes and quick thinking, I managed to veer to the left avoiding death (to either of us.) 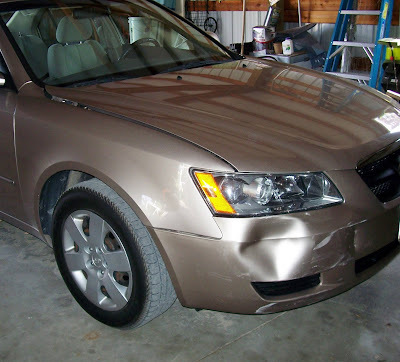 Having just picked up my car a week ago after having the rear bumper repaired from being rear ended the day after my second cataract surgery, I was not pleased.

While my damage will still probably clock in at over 2K (body work is very, very expensive), her car will probably be totaled by her insurance company.

I actually felt sort of bad for her, but she's learned a valuable lesson:  Pay attention when you're driving.  She'll be paying for years through her skyrocketing insurance costs, not to mention not having a car.

To celebrate Monday, we're heading off to see Death of a Nation, Dinesh D'Souza's new documentary.  The commie/marxist/libtards hate it, so it's sure to be great.  Afterwords a late lunch (drunch?) at Chinatown in Coeur d'Alene.

Thanks to everyone who has purchased through my links.  Someone just ordered something for well over $300.00 (yay!)  FYI - I am told what items are ordered, but I have no idea of who ordered what so your privacy is safe.