A Bunch of fools with too much time on their hands gearing up for battle in Portland, Oregon.....

and that includes the "prayer patriots"

What exactly do these fools think they're going to accomplish?

Might August 4th, 2018, go down as the day in history in which the 2nd Civil War officially began? That is a distinct possibility, as the far left communists of “antifa” prepare to counter the Trump supporting Patriot Prayer in Portland, Oregon. Though the groups have clashed several times over the last year and a half, the August 4th edition is shaping up to be like none other, as both groups are upping the ante.


No, it will not mark the day in which the 2nd Civil War begins.  It will mark the day that normal people trying to go about their business and lead lives of sanity will be inconvenienced and possibly put in harm's way.  It will also mark the day that tax-payer money will be flushed down the toilet so the police can do their job.

Take a gander at what the ICE protesters left behind in Portland (July 25th.) Filthy hippie commie/marxist/libtards! 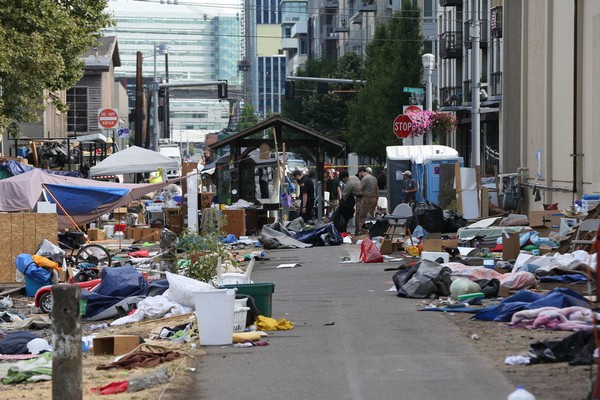 Fox News:  Portland braces itself for violent clashes between right-wing and antifa protesters

Some great deals in Kitchen

Check out Health and Personal Care for more great deals

I receive a small commission when you purchase through my links - at no additional cost to you, and I thank you.Clicking on the "buy now" button does not obligate you to purchase the item.  It just allows you to check it out.