Outrage About that New Yorker Mag's Cover Picture of a Trump...

has nothing to do with an unlovely depiction of the president. 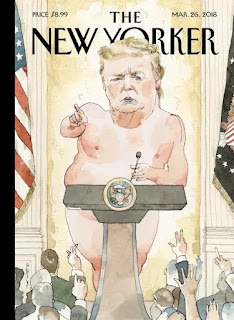 The artist, Barry Blitt, makes his living by drawing unlovely caricatures of important people.  Upon viewing the image I immediately dumped it in the "who gives a sh*t' file.

Yet a number of people are outraged.

Because, dear friends, it's fat shaming.  That's right.  It the latest crazy SJW assault on our senses and intelligence that claims being fat is not only okay, it may even be perceived as beautiful.

We are now assaulted with models who are beyond what anyone would deem a bit fluffy, and are so grossly overweight that one wonders how they fit in a car.

I'm not advocating making fun of fat people just as I would not suggest making fun of a cripple. But I'm also not suggesting that there is such a thing as "fat, but fit" or "beautiful at any size."

The left has a way of taking things that are not the norm, and trying to force people to not only accept them as normal, but to celebrate the deviations.

This whole fat acceptance movement has been around since the sixties, but now it's being crammed down our throat by the MSM, just as they did with homosexuality, and it's going to kill people.

Losing weight in the world we live in is not easy.  The grocery stores are packed with a whole bunch of unhealthy and mostly prepackaged stuff that can only loosely be called food, and I have great sympathy and offer great support to anyone who is trying to control their issues with food.

But as far as the picture of Donald Trump?  Meh...

I leave you with the wise words of C.S. Lewis


Of all tyrannies, a tyranny sincerely exercised for the good of its victims may be the most oppressive. It would be better to live under robber barons than under omnipotent moral busybodies. The robber baron's cruelty may sometimes sleep, his cupidity may at some point be satiated; but those who torment us for our own good will torment us without end for they do so with the approval of their own conscience. 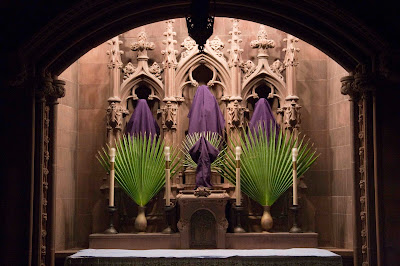 Tomorrow is known as Passion Sunday in the traditional Latin liturgy and the beginning of the season of Passiontide which ends on Good Friday.

In many churches the statues and pictures are veiled to be unveiled on the vigil of Easter as a way to keep us focused on the penitential aspect of this liturgical season.

I have three essential oil diffusers so I'm always on the look out for decently priced high quality essential oils.

After much research, I've settle on the Healing Solutions company on Amazon.  Their reviews are stellar and their prices are super good. 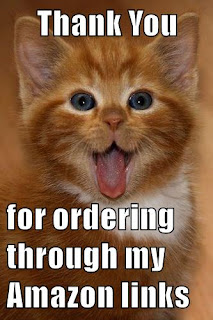 Awesome website you have here but I was curious about
if you knew of any forums that cover the same topics talked about
here? I'd really love to be a part of online community where I can get feedback from other experienced people that share the same interest.
If you have any suggestions, please let me know. Cheers!