Let Trump Be Trump - the inside story of his rise to the Presidency...

by Cory Lewandowski and David Bossie.

I'm currently speed reading Let Trump be Trump - the inside story of his rise to the presidency, because it's due back at the library in a few days.  I started this morning and I'm already half way through this most excellent book. 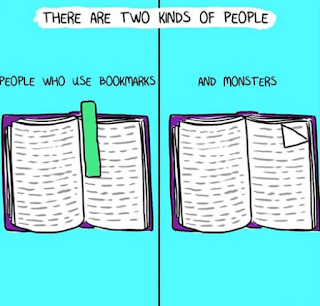 Our library books are checked out for a month, with renewal possible for another month if the book is not on hold.  Unfortunately, this book is on hold.  Even though I have a ten day grace period, one simply does not keep a book when there is another person waiting to read it.

And while we're talking about library books, under no circumstances should you ever fold a page.  Never, ever!

I waited so long to start it because in the back of my little pea brain I thought it wouldn't be very good.  I was wrong.  It is not only good, it is excellent.

Since the beginning the meme of "Donald Trump is a racist", which continues to this day, has made me wonder how this falsehood got started.

I now have my answer.

On June 16th, 2015 when Trump announced his intention to run for president (yay!), riding down the escalator at Trump Tower, at one point during his 45 minute speech he said these thirty words and I remember them well:

On June 17th, Dylann Roof entered a church in Charleston, SC, and murdered nine black people.  That was all Hillary Clinton needed to accuse Trump of triggering a completely off-the-wall crazy person to commit a crime - and the MSM gathered it up in their fake lying little arms, as though it was a football blessed by God, and scamper down the field for a touchdown.  And there, my dear friends, is the genesis of the stupid racist meme.

NB:  I left the link in so you can see that it takes you to a 404 page.  If you actually Google the transcript from the June 16th Jon Ralston show you will not find this statement. Is Cory Lewandowki, David Bossie, and  Politico lying?  You be the judge.


Hillary Clinton took a swipe at Donald Trump on Thursday, saying — without mentioning him by name — that his presidential launch speech was offensive to Mexicans and “emblematic” of the kind of rhetoric that cannot be tolerated in the wake of the tragic South Carolina shootings.“We have to have a candid national conversation about race and about discrimination, prejudice, hatred,” Clinton said in an interview with KNPB’s Jon Ralston. “But unfortunately, the public discourse is sometimes hotter and more negative than it should be, which can, in my opinion, trigger people who are less than stable.”

How'd that work out for you, Hillary? 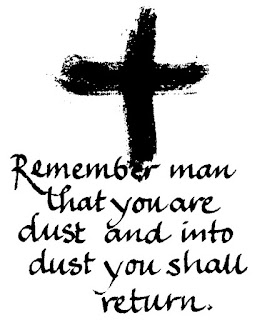 This coming Wednesday is not only St. Valentine's Day, but also Ash Wednesday, signalling the beginning of the 40 days of Lent.  Some people find this amusing.  I do not.

What better day for couples to declare their love for one another as Christ loves us?  Christ loves us so much that at the end of Lent he will allow himself to be nailed to a cross and in three days will rise again to ascend to heaven.

This Lenten season I will not be posting on either Sunday or Wednesday.


"There are two moments that matter. One is when you know that your one and only life is absolutely valuable and alive. The other is when you know your life, as presently lived, is entirely pointless and empty. You need both of them to keep you going in the right direction. Lent is about both." Richard Rohr. O.F.M


Today's Deals in Computers and Accessories at Amazon 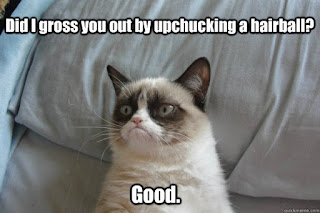 I might mention that if you use a mouse with a wheel and it begins to not scroll properly, get yourself a super slim pointy little tweezers, jam it down next to the wheel (both sides), and pluck out what will be the equivalent of half a greasy little mouse or a small kitteh hair ball jamming up the works. I've never found it necessary to disassemble the mouse.