And just like that the Gilroy Garlic shooter is no longer news...

First, let me say that many hours after the shooter was identified, CNN and Huff and Puff were still in the dark about his identity.  When they finally caught up with the rest of the world, they branded him a "white supremacist."  Ummm - no. 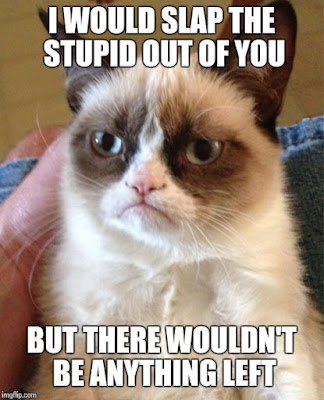 In addition, the commenters at both places were still busy speculating on his identity for three to four hours after he was identified by just about every new outlet proving that they live in a bubble of self imposed ignorance.

As of today CNN is still trying to tie the Iranian/Italian shooter to Trump or white supremacists.  Huff and Puff are completely ignoring the "mass shooting." Might it be because the shooter doesn't fit their carefully constructed profile?

Want to know where there is mass shootings every single week?  How about Chicago?

Just last week (7/21 - 7/27) seventy-one people were shot.  Let that sink in.  One week of shootings in Chicago totals seventy-one and no one even mentions it.

And rat infested Baltimore ranks number one in homicides per capita.

And no one cares.

Tonight the line up of mental midget Democrat commie primary challengers will take to the stage to see who can promise the most free stuff.  I watched the first snooze fest (aided by gobs of highly buttered popcorn), but won't waste one more minute until they thin the herd.

As reported by Gateway Pundit:   Suburban Women Turn on Trump After Facebook Eliminates Conservative Content to These Critical Swing Voters


After the votes were counted and harvested in the 2018 midterm elections, Democrats took control of the US House of Representatives.

Wealthy suburban voters and women were credited by the media for the Democrat Party’s win.

Why am I not surprised?

I harbor a lot of contempt for "suburban women."  Not the smartest bunch of peeps.  And boring.  Did I mention they're boring?