and Beto O'Rourke of the flailing arms thinks Bebe Bibi Netanyahu is a racist.

So Pete - a guy who has sexual relations with other guys, a vision that most straight people don't like to entertain, and is a firm supporter for women to slaughter their offspring, slams Evangelicals who voted for Trump, questions Trump's belief in God, and thinks Mike Pence is a really bad Christian because he thinks marriage is between a man and a woman.


“That’s the thing that I wish the Mike Pences of the world would understand,” Buttigieg said of the vice president, who has opposed same-sex marriage. “That if you have a problem with who I am, your problem is not with me. Your quarrel, sir, is with my creator.” source: left-wing fake news site CNN

Listen up, Pete - you call yourself a "devout" Episcopalian. Last I checked even the Episcopal church, as messed up as it is, believes in original sin and free will.  If I'm wrong about this, perhaps an Episcopal in good standing could correct me.

If we follow Pete's logic then mass murderers, rapists, and serial killers get a pass because "God made them that way."

And if God made you that way, didn't God also make those little babies you're so fond of killing?

See, Pete, I don't need a bunch of pesky Bible verses to back up what I'm saying.  Simple logic will suffice.

Beto Drags Out the "R" Word

Abortion supporting "Catholic" Beto jumped up on counter somewhere with his filthy shoes contaminating where people have to eat and flailing his arms about declared Israeli Prime Minister Benjamin Netanyahu a racist. Why? Because Bebe Bibi wants to protect the people of Israel from being slaughtered by invading forces that hate Jews.

Dissecting Leftism:  Jordan Peterson Unpacks What Drives the Left and How to Restore Meaning

Since today is Monday and it's the first day of the rest of your life, if you're addicted to your smart phone (which is making you dumb), take 15 minutes to listen to this TED talk.  I guarantee it will get you fired up! Chris does an excellent job!

I may not have a smart phone, but I'm guilty of all the rest. There are days when my mind is racing so fast the cars at the Indy 500 cringe in fear.  What do I do?  I get out my morning journal and the first thing I write is, "Take a deep breath and calm down. One thing at a time." 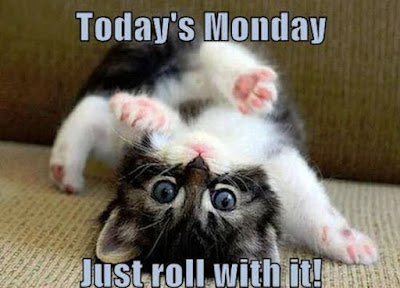