go home and get on with your life, you wuss!

Untold amount of money and the full force and resources of the Chicago police department is being thrown at the sketchy case of a homosexual comedienne who is claiming a hate crime.  Of course the "hate crime" was, in his account, perpetrated by Trump supporters. But, of course! 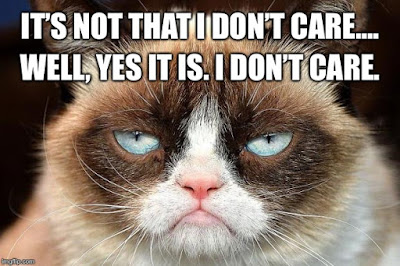 Let me tell you why.

I was violently mugged by a black man many years ago.  It never occurred to me to consider it a "hate crime" since the mook was black and I was white.  I was mugged not because I was white, but because I was there at the opportune time.  Not one investigation was ever opened.  Instead the police patted me nicely on the back and sympathized with my plight.  Considering the cuteness factor of the cops, that was A-okay with me.

Judging by the pictures of the wounds Mr. Smollett suffered, I was hurt way worse.  If we didn't live in such an upside down world, the Chicago police should have commiserated with Mr. Smollett and sent him home with a lesson on prudence to wit:  don't go strolling about the mean streets at 2 am.

For your convenience, I've re-posted a previous account of my mugging which includes some important warnings for women:

In 1977, while living in Houston, I decided to move back to my native Minnesota.  I ended up in a very fun town home converted to apartments in the Loring Park neighborhood of Minneapolis.  The area was in the first flush of being "gentrified", and while I had to put up with hookers walking around at night, the hardwood floors, high ceilings, and original gas fixtures converted to electric, far outweighed a minor inconvenience like prostitutes gathering across the street at night. One day at around dusk I decided to take a walk downtown to visit a newsstand and pick up some magazines and paperbacks to enjoy over the weekend.  I stuck some money in my pocket and off I went.As I was walking down the street, which was fairly empty at that time of day, I saw a man approaching from the opposite direction.  There was nothing particularly alarming about him.  He was dressed in a dazzling white T-shirt and clean jeans.  He was black and he was nice looking.But something bothered me and I felt alarm bells going off.  That is when I made a serious mistake.  I didn't heed my intuition and cross to the other side of the street, which is really what I wanted to do.  Why?  Because I thought it might "offend" some guy I didn't even know.Ladies - this is the first lesson to be learned:  Heed your instincts and your intuition because it may save your life.As he passed me on my left side, he threw his arm out and wrapped it around my throat, knocking me to the ground.  My airflow was instantly cut off and I was unable to scream.  He dragged me across the street and behind a large apartment building.  The parking area was gravel, and I was dragged through the rocks cutting my legs and arms. By the time he got me behind the building, I was almost at the point of passing out from lack of air.  Somehow, he stood me up and keeping the pressure on my neck from behind, proceeded to suggest all sorts of fun things he was going to do, up to and including rape.My windpipe was so bruised by this time I could barely speak let alone scream, so I did the thing any good Italian woman is capable of doing.  I started to talk (as best I could).  And I talked and I talked and I talked until I'm sure this guy thought, "Holy crap, of all the women I could have picked, why did I end up with this motor mouth."  I had a good answer for every suggestion of his, and told him if he let me go I wouldn't call the police - blah, blah, blah. At that point, I was certain he probably had a knife and at any moment, he was going to jam it into my side.  I didn't see a knife, but, listen carefully, I didn't know if he was armed.  After about thirty minutes he agreed to let me go.  As I ran, with my back to him, I was pretty sure at any moment I would feel a bullet strike me.  Surely , this mook wasn't going to just let me go?  He did, and I lived to tell the tale.Lesson two:  If I had been armed,  I would not have hesitated one nano-second to have used it.  I would have shot to kill because I didn't know if he was armed, and that should be your response in such a situation. So when George Zimmerman says, "I didn't know if he was armed", I'm going to believe him, because I was in a similar situation and "I didn't know if he was armed."  part of a post originally published Monday, April, 2012

Deals in Cell Phones and Accesories

Don't forget to check out the Amazon Outlet Store