If you're laughing at AOC - you need to stop and lets make crustless breakfast quiche...

one has nothing to do with the other, but we're going there anyway.

If you are a member of the citizenship of this country who is laughing hysterically over Empty Cortex's green deal, listen up.  Listen closely.

The commie/marxist/libtards are not laughing.  Not even so much as a chuckle. Spy on a few of your libtard friends on Facecrap.  After witnessing them praising socialism, head over to Huff and Puff and read some of the comments.

These morons think the head moron, Empty Cortex, is the future of this country.  Now, considering my age, I really don't give a crap.  I'll be long gone before the left has totally destroyed this country. But you younger people had better get off your duffs and do something to put a stop to this insanity.

Let's not leave out the people cheering post-birth abortion - what we deplorable dirt people call murder. It is not often I am left almost speechless, but the goings on of the past few weeks have managed to almost silence me.

Empty is a having her puppet strings pulled by someone of wealth, power, and influence to further their agenda of power resulting in the destruction of the finest country to ever grace this planet - just as Odumbo was and is.

And, if you don't trust my creds, both Rush and Sean are agreeing with my assessment.

I repeat - do not underestimate the virtue signalling stupidity of the left.

Moving on to a much more enjoyable subject: to wit - saving money and making a nutritiously good convenient breakfast for the freezer.

I grabbed a package of the frozen Kellogg's Breakfast Quiche at Costco because they had a coupon and I thought they sounded good.  They were okay, but I immediately knew I could do way better for way less $$.

Last night I made stuffed mushrooms and knew the one pound package of ground beef I used for the stuffing would be too much. But I also knew the extra would be perfect to make breakfast quiche.

This morning I grabbed my muffin tin and filled each cup half way with the left over seasoned meat from last night.  I added chopped up left over steamed broccoli, added a bit of shredded cheddar, mixed it up, added eggs, and baked. Simple.

Now these quiches are quite large since I no longer own a regular muffin tin (ala Marie Kondo) and this is the one I use for Yorkshire Pudding.  However, each one is only about one and a half eggs, plus about 4 or 5 tablespoons of ground beef, and a smattering of cheddar cheese, so they're perfect for an adult. If you're making these for kiddos, use a regular muffin tin, give them some ketchup, and breakfast is served.

I won't be giving you a slew of exact instructions.  It all depends on what you use and how big the tins.  You can use anything you have on hand - sausage, bacon, different types of cheese, veggies, and on and on.  Don't eat meat? Fine. Just use veggies and cheese.  These are your breakfast quiches so make them anyway you want to.

No muffin tin?  No problem.  Just make them in a pan, cut into squares, and freeze.

The Kellogg quiches cost about $1.44 each.  These homemade quiches log in at about $ .40 each.  Ones made in a regular muffin tin clock in at about $ .33 each.  That's quite a savings for healthy and convenient food. 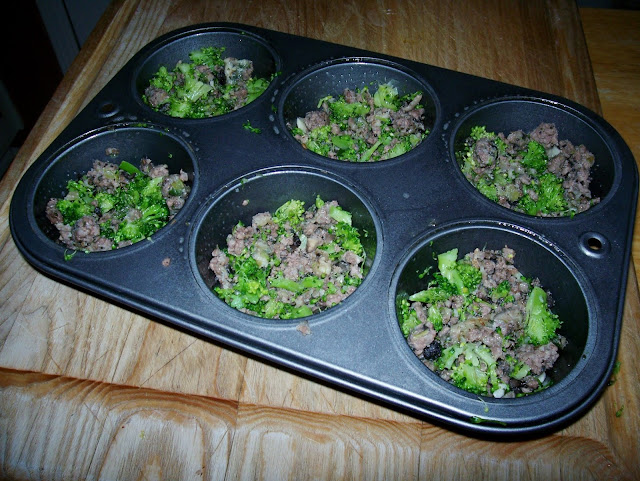 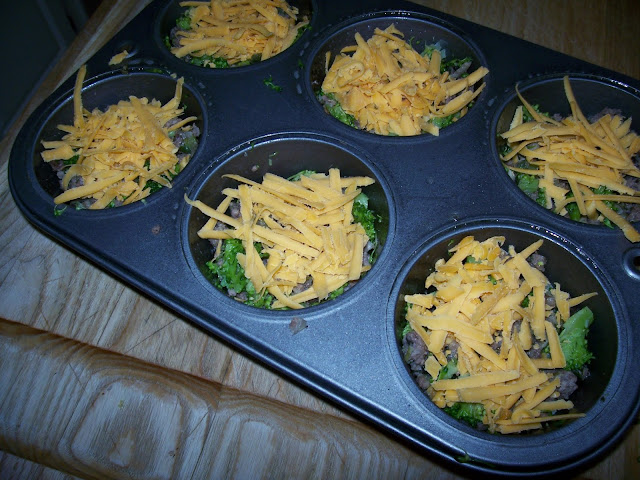 Whipping up some eggs: 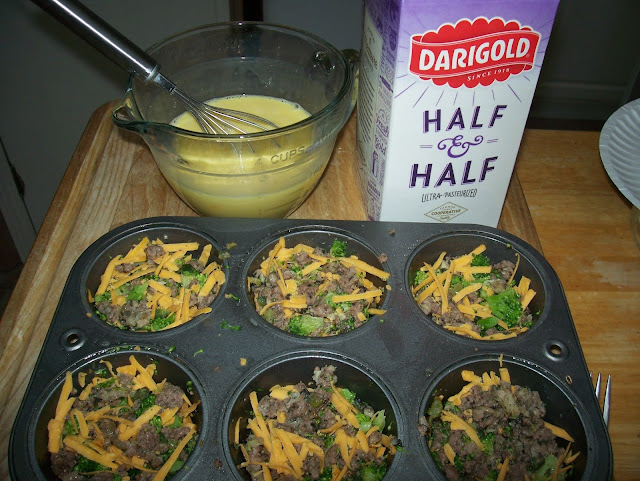 After a quick stir they're ready for the oven. I baked them at 350° for about 25 minutes: 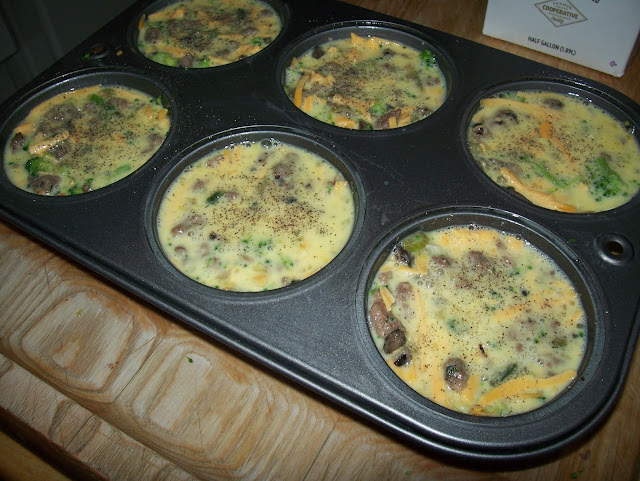 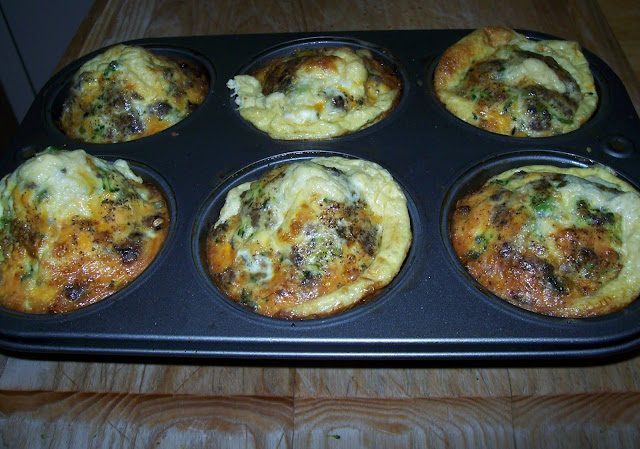 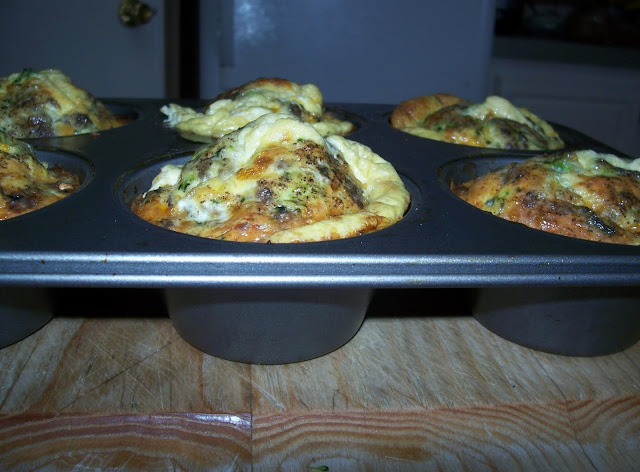 Cooling before wrapping in plastic wrap for freezer. I added the fork so you could judge the size. 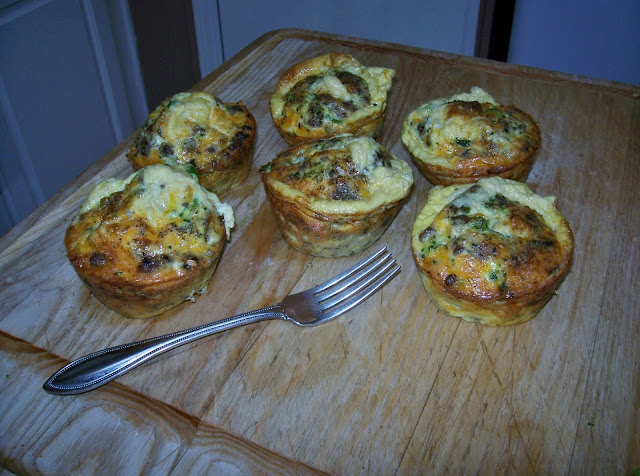 When ready to eat, pop in microwave for about 2 minutes. 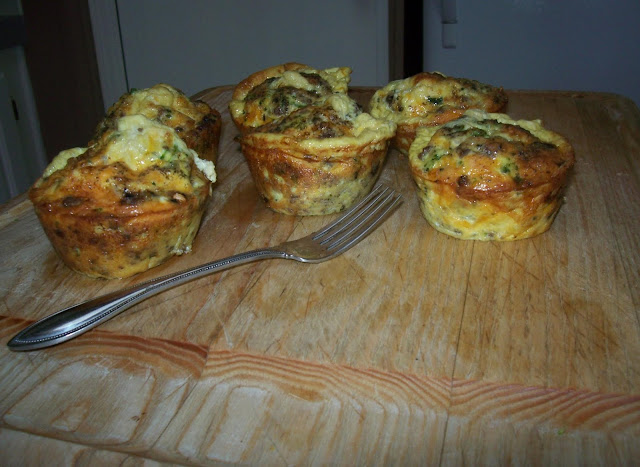 Now - I have wallpaper border to take down in preparation to repaint a room.  Someone (who shall remain nameless) decided it would be a splendid idea to put up a border with fat little cherubs flapping about under a garland of flowers. You can click on the pic to enlarge, but I don't recommend it if you've recently eaten.  It sort of fit the shabby chic style I this person thought was just oh-so-cool.  What I this person was thinking (many years ago) is beyond me. What makes it worse is this used to be my this person's office, but is now my this person's husband's office.  No man should have to work under the auspicious of a bunch of fat dancing angels.

Weasel Zipper:  Ocasio-Cortez Rant Against ‘Dark Money’ Goes Viral, But Here’s What They Left Out  Empty Cortex gets schooled - priceless.  Was this reported by the MSM?  Oh, hell noes!

David Harsanyi at the Federalist: The 10 Most Insane Requirements Of The Green New Deal  All of which the commie/marxist/libtards poo-poo