and he didn't refer to anyone as a m***erf**cker even once.

After being sworn in, Jew hater Rashida Tlaib (D-MI), attended a raucous reception by ultra-left wing advocacy group MoveOn.org. Her closing remarks at the function were, “We’re gonna impeach the motherfucker.”

Funny, muslim Tlaib doesn't find it necessary to wrap her head in a rag, while Jew hater Minnesota muslim Ilhan Omar demanded that the rules of the house chamber against head coverings be changed so she could wear her "religious" rag.

Brigitte Gabriel, a Lebanese immigrant who came to the United States after losing her country of birth to militant Muslim fundamentalists during the Lebanese Civil War and a Christian convert, has a message for us:


"There are people who follow Islam [who] want to mind their own business," Gabriel says. "These Muslims are out there. But those are what I call 'the irrelevant Muslims,' because by their lack of action terrorists advance their agenda unchecked. It's just like Christians. ... Twenty-six million born-again Christians stayed home [in 2012] and did not vote. By default, they advanced a leader who didn't share their values. What we need to worry about is the radicals who are driving the agenda. Why? Because 2 percent of the passionate will always rule the 98 percent of the indifferent." 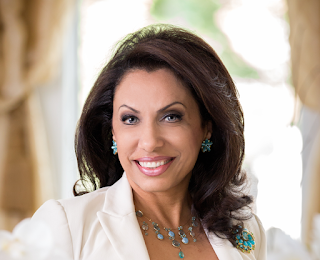 [...]"You must be involved in politics," she says. "God changes the world using His people. God doesn't change the world through lightning in the sky. The Christians fled from the Middle East and took Jesus' gospel worldwide. People were saved. The world became a better place. It is Christianity that improved the lives of millions across the globe."

Later, Gabriel affirmed the truth of James 2:14: "What does it profit, my brothers, if a man says he has faith but has no works? Can faith save him?"  (read the rest of the interview - it's excellent!)

What's up at Amazon?

If you use a Foodsaver vacuum system may I recommend pre-made bags from FoodVacBags?  I've been using their bags for a few years and I've been extremely happy.  Out of at least 500 or more bags I've had exactly one bag fail to vacuum.  They also have rolls if you don't mind making your own bags. FoodVacBags can be used in any counter top vacuum sealer, like Cabela's, FoodsaverTM, or Ziploc.

As an Amazon affiliate I receive a small commission when you purchase through my links - and I thank you from the bottom of my deplorable little heart.
Posted by Adrienne at 9:11 AM