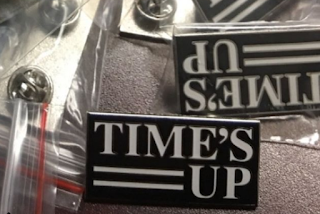 Yesterday at the Golden Globes, the Hollywood elites adorned themselves with pins stating "Time's Up" against sexual harassment and assault against woman.  Thank goodness Tonya Harding only had Nancy Kerrigan's leg wacked instead of pinching her bottom.

I thought for just a nano-second that maybe, just maybe, the elites were coming a teeny bit out of their self righteous "we're smarter and better than you" coma.

They awarded Gary Oldman the award for his performance in Darkest Hour.  And The Marvelous Mrs. Maisel, the Amazon TV series, won for best in comedy or musical, along with its star Rachel Brosnahan, which I thought were very worthy of the honor.

Darkest Hour, as I said previously, was wonderful, and I just started watching The Marvelous Mrs. Maisel for the second time. It really is a brilliant piece of comedy.

When Allison Janney won Best Supporting Actress for playing the mother of disgraced figure skater Tonya Harding in I,Tonya, she thanked Harding, who was in the audience, for "sharing her story." The crowd erupted in applause for a dump of a woman who admits she knew there would be an attack on rival ice skater, Nancy Kerrigan, at the Cobo Arena in 1994.


I've been a rabid figure skating enthusiast since being a little girl.  And, while not a fan of the skating style of either Nancy Kerrigan or Tonya Harding, what happened to Kerrigan was horrible and appalling.

Ever since the incident Harding has portrayed herself as the victim of a abusive mother and husband.  Sorry, Tonya - you were an adult and fully responsible for your actions.

To hear Hollywood elites spewing crap about truth in the media is laughable and ludicrous at best, and at worst declares to the world what absolute idiots and hypocrites they are.

These people who made millions off the exploitation of people, and in many cases were willing participants as individuals to further their own careers and line their pocket books, have the unmitigated gall to stand up in front of millions of people and lecture us about honesty and integrity.  They're nothing but a bunch of frauds. 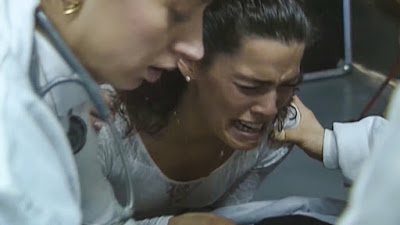 I just wonder how Nancy Kerrigan felt about the whole disgusting affair.

*In the interest of honest reporting, I really have no idea if Harding received a standing O since I haven't watched an award show in decades.  It just sounded good, and since it's working so well for Michael Wolff, I thought I'd give it a whirl.

MOTUS: And the Winner of Last Night’s Golden Globe Is…Not the Lemming!


More great Deals of the Day at Amazon

Thank you for using my links for your Amazon purchases.  I receive a small commission when you purchase through my links - at no additional cost to you.