CNN's Jake Tapper gets his ass kicked by Stephen Miller...

Fire and Fury a "grotesque work of fiction."

I watched almost 100% of the Trump rally's.  It was always a good rally when Miller was one of the opening speakers.  He is a dynamo.

Until about about the six minute mark Miller is calm and then he cranks up and starts to tap dance on Tapper's skull.

Finally, Tapper, unable to contain the "Miller Time" outrage cuts him off in petty fury.

I have a few questions for Jake Tapper:

Where the hell were you when Odumbo and Clinton were giving away our uranium?  Where were you while the Clinton Foundation was laundering money to enrich their own bank accounts.

Where were you while Odumbo was flying all over the world bowing to foreign leaders and apologizing for the U.S.A. being the worst place on the face of the earth - a place that's so bad that hundreds of thousands of scum of the earth have successfully sneaked into in order to plunder our welfare system and commit crimes - up to and including murder?

Where were you when four brave men were slaughtered in Benghazi due to the criminally insane machinations of the Odumbo/Clinton cabal?

How come you had no questions about the ATF handing guns to Mexican drug cartels in the failed operation called Fast and Furious - many of which have been linked to crimes, including the fatal shooting of Border Patrol Agent Brian Terry in December 2010?

And how about this, Jake?


On his watch, millions of additional Americans fell below the poverty line. The number of food stamp recipients soared. The national debt doubled to an incredible $20 trillion. According to the Pew Research Center, the share of young adults (18- to 34-year-olds) living in their parents’ homes is the highest it has been since the Great Depression. source

I'll tell you where you were, Jake.  You were sucking up to the worst lying venal sock puppet of a president in the history of  this great country.  And now, you bottom dwelling lying POS, you're doing everything in your power to bring down a president who loves this country and loves the people.

I apologize for the slightly bad language on this great and very important feast day of the Epiphany, when the world came to know the Son of God, but I choose not to change one word.

May you be so blessed as to come to understand and have your own epiphany, Jake

The Federalist:  Top 10 Ways Obama Violated The Constitution During His Presidency

American Thinker:  The Clock Ticks for the Clinton Foundation


There are some seriously good deals at Amazon today - too many to even try and list.  Take a look. 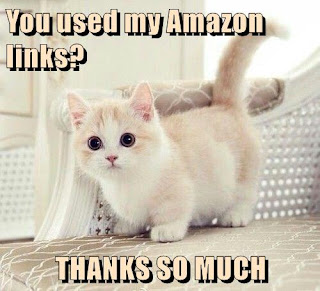 When you purchase an Amazon item using my links, I receive a small commision - at no additional cost to you - and I send you a yuuuuge thank you.