it's time to fight back.

Adrienne's Axiom:  All news is fake news until proven otherwise.

and from Children to a Degree: Growing Up Under the Third Reich, by Horst Christian

"That may be what you believe, but do you know it?"

and from The Cavenden Luck - a Novel by Barbara Taylor Bradford

"Believe no one
Tell no one
Remember everything
Walk alone"

Often in the lightest of fiction a little gem of wisdom pops out.

The basic purpose of these ten forms: the presentation of a false picture of reality.
You could find more forms, or divide these ten into sub-categories.

The ten basic forms are:

Direct lying about matters of fact. (This sometimes includes doubling down on lies already told, or telling a bigger lie after the first one.)

Limited hangout. (This is an admission of a crime or a mistake, which only partially reveals the whole truth. The idea is that by admitting a fraction of what really happened and burying the biggest revelations, people will be satisfied and go away, and the story will never be covered again.)

Shutting down the truth after publishing it—includes failing to follow up and investigate a story more deeply.

Not connecting dots between important pieces of data.

Censoring the truth, wherever it is found (or calling it “fake news”). 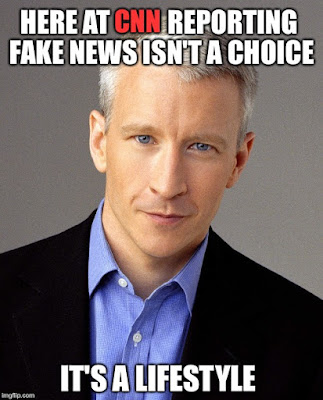 Repeating a false story many times—this includes the echo-chamber effect, in which a number of outlets “bounce” the false story among themselves.

Claiming a reasonable and true consensus exists, when it doesn’t, when there are many important dissenters, who are shut out from offering their analysis.

Employing a panoply of effects (reputation of the media outlet, voice quality of the anchor, acting skills, dry mechanical language, studio lighting, overlay of electronic transmissions, etc.) to create an impression of elevated authority which is beyond challenge.

Jon Rappoport
The author of three explosive collections, THE MATRIX REVEALED, EXIT FROM THE MATRIX, and POWER OUTSIDE THE MATRIX, Jon was a candidate for a US Congressional seat in the 29th District of California. He maintains a consulting practice for private clients, the purpose of which is the expansion of personal creative power. Nominated for a Pulitzer Prize, he has worked as an investigative reporter for 30 years, writing articles on politics, medicine, and health for CBS Healthwatch, LA Weekly, Spin Magazine, Stern, and other newspapers and magazines in the US and Europe. Jon has delivered lectures and seminars on global politics, health, logic, and creative power to audiences around the world. You can sign up for his free NoMoreFakeNews emails here or his freeOutsideTheRealityMachine emails here.

The Blaze:  Facebook to hire massive team to crack down on ‘hate speech’

Chez Adrienne receives a small (teeny tiny) commission from Amazon if you buy anything through one of my links - even if it's not the item linked here.  I thank you in advance four using one of my links for all your Amazon purchases.