Libtards demand civility in the wake of Trump's latest tweets...

Sen. Susan Collins‏Verified account @SenatorCollinsMoreThis has to stop – we all have a job – 3 branches of gov’t and media. We don’t have to get along, but we must show respect and civility.
8:18 AM - 29 Jun 2017 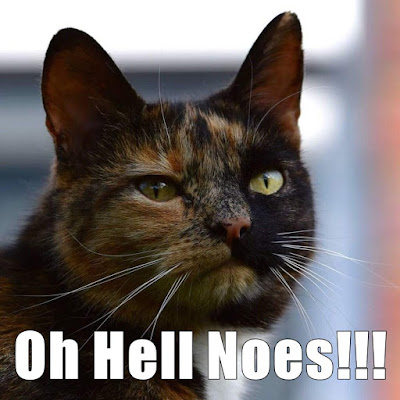 Civility?  After the left has demonized, insulted, harassed, and otherwise acted like jackasses?  Not going to happen because we're fed up.


[...] The call for civility is a call for surrender, because it is only the right that understands it. The collectivists work against every sense of civility. It is their tactic to assault civility, to thrust their hedonism in the faces of Christians, to attack the traditional marriage by expanding the definition into meaninglessness.

I see no reason to be civil to those who profit on the deaths of hundreds of thousands of unborn; who clamor for the assassination of the President; who actively promote the annihilation of white people and couch their racism in some sense of reparations for the acts of white ancestors. As sick and evil as I viewed the Obama Administration for its actions in targeting conservative groups with the power of the IRS or the deaths of thousands of Mexicans during Fast and Furious, a planned, designed policy to let them die at the hands of drug dealers directly armed by the feds, I never even considered the answer to these acts would be assassination. Those are the thoughts of thugs and criminals, especially because they have used it.

This is the error of civility. While the right has continued to pursue a civil discourse with what can only be considered a death cult of the left, civil rights have disappeared, freedom of religion, freedom of speech, freedom of association have all but been eradicated. It is a stupid, one-sided game encouraged by those on the right, who have actually aligned themselves with the left and use the concept of civility as bludgeon against their own side. It is an act of fratricide.  read the rest

Perhaps there is no better window on the awfulness of the self-appointed New York-to-DC ruling class than MSNBC’s Morning Joe. The show revolves around a collection of chattering-class bores who devote the start of their day to seconding each other’s shallow and smug criticisms of Trump. The women make faces; the men roll their eyes.

Co-host Mika Brzezinski is a feminist who lectures other women on the need to show firmness in a man’s world. Yet she spends most of the show acting like a prim, entitled Victorian-era dingbat on a fainting couch. She grips her chair for balance while she makes faux-terrified faces, then turns to “Joe” for guidance on how to address this or that Trump “outrage.” “Joe” is the vainglorious former Congressman Joe Scarborough. The two are engaged, but one suspects the relationship won’t last Trump’s two terms.

Scarborough resembles a beady-eyed frat boy whom one can more easily imagine bellowing over a keg than cracking open a serious book. Yet he casts himself as Trump’s moral and intellectual better. Trump, you see, lacks Joe’s “substance.” Read the rest


Project Veritas exposes more of CNN's lefty leaning fake news and reveals that they think you're "stupid as shit."

Great interview and a must watch.

Great deals at the Outlet Store


Chez Adrienne receives a teeny tiny commission when you purchase anything through our links with no additional cost to you.  Do we appreciate it?  You betcha!