This is NOT Breaking News...

it's not even slightly cracked news.

The next time a website or blog posts "breaking" news they will be scratched from my feed.

Wake up, people - you're being manipulated, gaslighted, and kept in a perpetual state of anxiety about crapola that, in almost all cases, is lies or rumor. It's also a bunch of stuff over which you have no control.

I keep repeating this because you need to tuck it away in it's very own designated brain cell until such time that you will pluck it out and apply it to whatever nonsense you are reading.

All news is fake news until proven otherwise™

Do any of you really think Donald Trump bases his decisions on the "feelings" of his 30 something year old daughter - or even her husband?  Is he really that incompetent?

Lately the libtards are pulling out the Jesus card by claiming just about anything Trump does is against Christian teaching.  Most of these people have never cracked open a Bible, have no church affiliation, and probably couldn't even recite the Ten Commandments (in order.)

They roam the web looking for Bible passages that seem to fit their needs with no context or understanding of what they're claiming are the teachings of the Christ.  In fact, they pretty much hate Christians.


As a Christian, I cannot help but notice that leftists hate America's Christian roots.  They have a huge problem with the God of Christianity and with Jesus.  Think about it.  Islam justifies beating and killing a disobedient wife and beheading homosexuals.  And yet leftists, who claim to be superior advocates for women and homosexuals, defend Islam.  Meanwhile, they vilify Christians, calling them intolerant haters for simply honoring biblical principles.  At least 90% of leftist sacred cow issues are anti-Bible.  Why? Read the Rest

Thanks to my good friend, Hardnox, over at Nox and Friends, we have the ever calm and rational Newt Gingrich elaborate on the Trump presidency.


Whoa!  Parents are shelling out about 68K per year so their nasty little spawn can shut down a talk by a well educated dignified woman because they don't like hearing the truth.

MacDonald is the author of The War on Cops: How the New Attack on Law and Order Makes Everyone Less Safe.

I've listened to many interviews with Heather MacDonald and find her to be erudite and credibly backed up with facts.

I suggest all those pampered self loathing blond pony tailed women at Claremont take their message to downtown Baltimore on Saturday night and report back to us. Dopes!

Or as Ol' Remus said:


Affirmative action admittances and charity scholarships for Members Of The African-American Community are heartwarming in theory, and make touching brochure photos, but at some point y'gotta ask, who's bringing who to whose level? The boorish Black Lives Matter hysterics at Claremont College suggest the answer.

If college students are the Best and the Brightest, what can diversity—i.e., not the best, not the brightest—actually add? Doesn't such diversity, by definition, lower the level of exchange? Facts on the ground say it does. Preventing others from hearing a speaker is not argument, nor are slogans shouted in unison dialogue. But it is diverse.

If "the rich tapestry of diversity" is as indispensable as claimed, there's no need to hire recruit The Diversity, a couple of unescorted nights in The African-American Community would teach students all they need to know.

Our friend, GeeeZ, had the honor to lunch with MacDonald  and said she's even more charming in person.

PJ Media:  Clemson U. Training Says Tardiness Is 'Cultural' and Must Be Tolerated


What's Going on at Amazon? 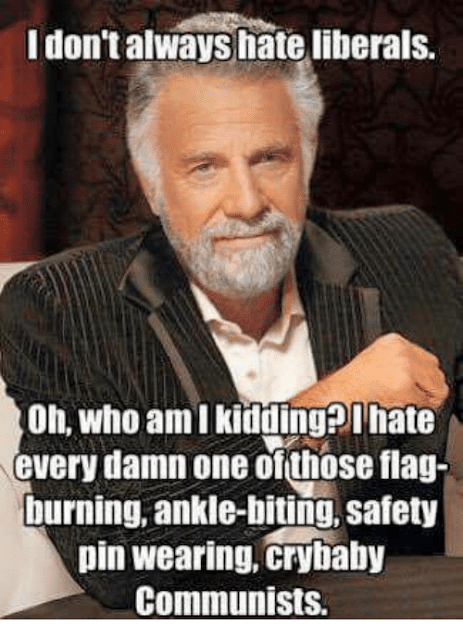