I'm an expert on none of the above.  Proceed at your own risk.


I think Trump sent a message to China, North Korea, and all the sand flea countries, that you do not mess with us.

The real question is, "Did Assad mess with us?"  The answer is an unequivocal "sort of."

The way back machine informed us that both Susan Rice and John Kerry boasted that they were able to convince Assad, by way of their superior diplomatic skills,  to rid Syria of chemical weapons.  I guess they misspoke.

I notice no one suggesting that we send missiles to Chicago where, since January 1st of this year, 145 people have been shot and killed - some of them mere children.

Meantime, a couple of happy little Muslims rammed a truck into a shopping area in Stockholm killing at least 5 people. 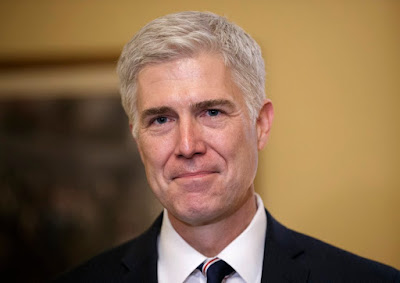 The libtards are outraged that the Republicans changed the rules to make this happen.  Ah, no - you simpletons, Reid changed the rules and we warned you it would come back to chew a big hunk out of your back side.  Payback is hell!


Back on March 30th, Big Fur Hat over at IOTW Report, raved about Duke's Mayonnaise.  Like him, I'm a mayonnaise snob.  We currently use the Kirkland Signature (Costco) mayo.  It's good enough for me and the price is great. 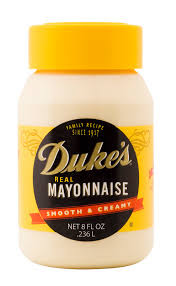 I'm heard other rave reviews of Duke's and was intrigued enough to try again to find some.  Since it's mainly sold in the southern states, picking up a jar was going to be pretty expensive what with air fare and all.

It's certainly the creamiest mayo I've ever eaten.

Would I use exclusively?  No.  It's too expensive.  I use sour cream and mayo in my potato salad anyway, so using Duke's might be a waste of money.  I did use half Duke's and half Kirkland in the coleslaw I just made.  It was by far the best coleslaw I've ever conjured up in my kitchen.

Will I keep a jar for sandwiches and such?


P.S.  I understand there are brands of mayo out there that use olive oil.  Before purchasing them, I would just mosey off to my kitchen and make my own.

Great Deals in Amazon Grocery (except for Duke's mayo)

MOTUS AD: It's a Thin Red, White, and Blue Line Out There

The Other McCain:  THE BIG STICK: Trump’s Missile Attack on Syria Is the New ‘Smart Power’