which is a ridiculous waste of the Court's time for something that anyone employing a modicum of logic can figure out.

Missouri doesn't want to give any grant money to a Lutheran school to resurface their playground.  Missouri is wrong.

Here's my non-legal, but logical answer to Missouri:

Those are facts, are they not?

Are the parents of children attending a private religious school exempted from paying property taxes in support of state schools?

And yet Missouri insists that giving grant money to a Lutheran school to resurface a playground "enriches the church property" and is against the separation of church and state - a concept that exists nowhere in the constitution. 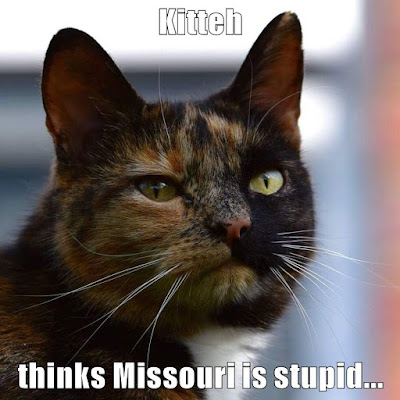 Listen you dopes - the only thing that is enriched by you helping the Lutheran school resurface the playground is the children attending the school.  You know, the children whose parents are helping to pay for your crappy state schools and the very same children who are afforded equal protection under the law. What the hell part of that is so hard to understand?

So, because Missouri obviously has a bunch of dopes running their grant programs (which is probably block granted money from the feds), we must waste the time of the Supreme Court justices.

Don't miss any of the Amazon Deals of the Day