Diversity is just another word for uniformity...

and it makes me sad.

It appears Marine Le Pen had made it through the first round of voting in France.
From what I'm reading, Marine Le Pen wants France to remain French.

One of the biggest obsessions of the mommy bloggers is all things French.  The food, the Eiffel tower, the well dressed ladies of Paris, and the beautiful countryside where grapes are grown to make wine.

Now imagine France becoming one big polyglot of people who have no cultural stake in France.  That's exactly what is happening now.

And it's happening here.

One of my most enduring and happy memories is my first visit to China Town in San Francisco when I was about 13 years old.  I was dazzled by the sights, the food, the beautiful Chinese dolls, and the bamboo wind chimes.  Even now, my life would be empty without a plethora of bamboo chimes on my deck

My Italian father loved to attend the Festa Italiana in Milwaukee, WI each year.  He drove over from the Twin Cities to enjoy a weekend of all things Italian.  I remember him raving about the wonderful deep fried eggplant served on sticks like a corn dog (I think you have to be Italian to appreciate that.)

His parents might have been immigrants from Italy, but their house proudly flew the American flag, and 5 or their 6 sons served honorably in the U.S. army.  If my father had not been 4F all six of their sons would have served.

All over this country there are festivals celebrating different cultures.  Who doesn't love a German fest replete with beer gardens and German sausage?

But one thing remains the same.  When the festival is over the descendants of all these different European and Asian immigrants are still American.  They still hold American values, the culture of the part of the United States where they reside, and they fly the flag of United States of America on the front of their homes.

That is anathema to SJW.  They don't want Americans to American.  They don't want the French to be French.  They want to stomp out every vestige of most cultures in the name of diversity which is anything except diverse.

They want to turn the entire world into a gigantic McDonald's where everything is measured, metered, and just the same.

Problem is - the middle eastern people who are invading France, Germany, Sweden, and the United States don't want to be assimilated.  McDonalization is not on their radar - and never will be. 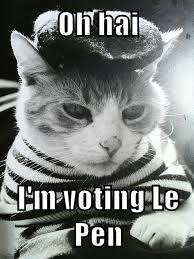 And that's a good thing.

It ensures we'll always have fun festivals to attend. 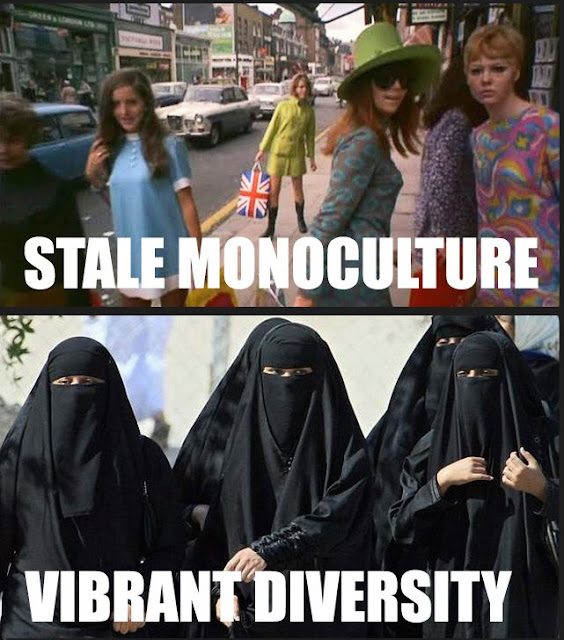 I just ordered the OXO pepper grinder.
Posted by Adrienne at 1:26 PM