Tucker Carlson interviews AT Jeff Sessions about the Russians and Trump gives his weekly address...

"leaks are an unhealthy trend."

First up is the dishonestly skewed Google search engine.  When I Googled "did Russia affect the election"  the overwhelming number of stories that pop up are anti-Trump and anti-Russia.  We know people, thanks in part to the internet, have the attention span of a gnat with ADD and will rarely go beyond one or two pages of results.

Second up, I pose a question:  How exactly did the Russians change the result of the election?  Do any of us actually believe the millions upon millions of people read the leaked Podesta emails, or for that matter had even heard of them?  Wikileaks has said over and over that the emails did not come from Russia.  Meantime the Hillary supporters just poo-pooed the whole thing and ignored her home jiggered server and leaking emails.

Did we not witness an erratic and sickly acting Clinton staggering to meaningless events and needing days to recover from the strain?  Did she not call half the people in the country "deplorable, racist, homophobic, xenophobic, and any other phobs you can dream up?

For 18 long months the MSM, including plenty of conservatives, told us that Trump was running a terrible campaign, had absolutely no ground game, and was surely going to lose - bigly.  They laughed, jeered, insulted, and did all they could to destroy him. During that time I watched rally after rally, studied the crowds, and listened to Trump and wondered how in hell someone who was running a bad campaign could draw such crowds - often on very short notice.

I'm an organizing junkie and have been in charge of putting together large events and the sheer magnitude of the scheduling involved in his events boggled my mind.  No ground game?  That was his ground game and it obviously worked.

Lastly, not a question, but a statement:

This election was a major wake up call to many ordinary people in this country of how dishonestly the MSM operates.  It's also a window into their dark ugly shriveled up souls and the hate they harbor for us little dirt people.  They really think we're too stupid to make a rational decision about anything, let alone who to vote for.

Why aren't the same Press and Party that are whipping up a Cold War frenzy investigating Hillary's ties with Russia? You know, that awkward Uranium One/Rosatom deal which gave Russia control over 20% of US uranium.

It seems the Democrats and their MSM propaganda arm have two standards when it comes to Russia. One for Hillary and another for Trump and the team who beat her, and did they win because evil masterminds in the Kremlin rigged our election?


No. They won because people voted for Trump instead of the worst, most corrupt, scandal ridden candidate the Democrats could find.

Hubris may well have stolen the election from Hillary Rodham Clinton, but it sure wasn't Russia. Time to face reality, Democrats, and move on. You lost.

Get over it.  read it all


And now a palate cleanser:  Instead of negative, divisive, and just plain ugly that we've been bombarded with for 8 years, Trump brings hope. 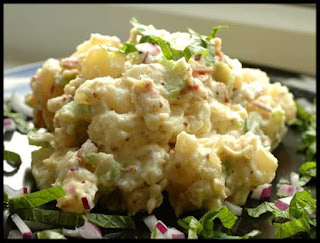 Yesterday at around 4:30pm I decided to pop down to the grocery store and get fried chicken for dinner.  Hubby loves potato salad, but the Reser's brand the grocery deli sells is pretty bad - and darned expensive, too.  So I grabbed three taters, cut them in large chunks, plunked them on a steamer basket in the Instant Pot with one cup of water in the bottom of the pot.  After 10 minutes at pressure they were perfect and didn't have their taste and vitamins boiled out of them.  While they cooked I had just enough time to chop the celery and onions and make the dressing.

I dashed to the store while the taters cooled and cut them up when I got home, added the celery, onions, and dressing.  I also added hard cooked eggs I had done the day before in the Instant Pot (5 minutes at pressure, 5 minutes natural release, a few minutes in cold water.)   Viola!  A heaping bowl of Instant Pot potato salad at a fraction of the cost of store bought and ten times better.

It arrived in one day with Prime.  I'm really loving Prime.

Other great Deals of the Day

Political Clown Parade:  Chuck Schumer: “I DID NOT Have Relations With That Man, Vladimir Putin”