Muslim Murder: Katie Hopkins, Bill Whittle tell it like it is...

because the only other option is the destruction of civilization.

Lately I've been reading quite a few novels taking place around WWII.  The spoiled arrogant libtards of this country have no idea of the devastation and lost lives that happened in the center of great cities like London, Paris, and even beautiful German cities. The hardships suffered by these people is something they've never experienced.

As I was cruising the Woman's March on Washington Facecrap page, and witnessed their moaning and groaning of the wonderful Muslims being unfairly picked on and their defense of the religion of peace, my disgust for these self destructive, un-American, pussy hat wearing feminists knows no bounds.  These same women defend every sexual perversity, abortion on demand (paid for by the taxpayer), and everything that is ugly, demeaning, and vulgar. 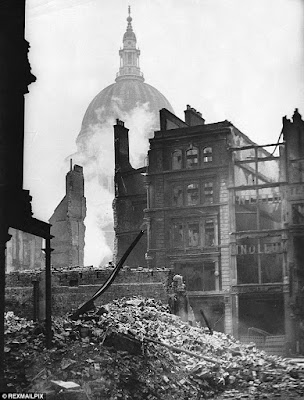 Not one of these women have faced the hardships that women experienced during WW I and WW II.  They know nothing of the brave women who drove ambulances, provided comfort and nursing care to the men with missing limbs and horrific facial injuries.  Instead, they live in fear that they won't get free birth control.

Can you, in your wildest imagination, picture a bunch of people standing around London forming little hearts with their hands to ward off the Nazi's as they dropped bombs and strafed their homes? 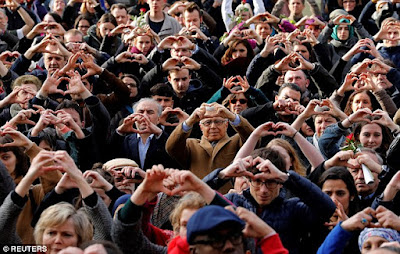 Seriously - take a gander at these people in London (or Brussels?) who consider themselves adults making cutsie little hand hearts. I thought that was reserved for couples expressing delight at the wife's expanding pregnant belly (which I find equally silly.)


How about a vision of the women of Belgium, United Kingdom, Italy, or France marching around in pink pussy hats to protest and scare off the big bad Nazis?

And, make no mistake, these women and the beta males who have the bad luck to be married to them, hate you.  They laugh at your way of life.  They mock you if you have more than 2 point whatever children.  To them, you're nothing but an uneducated rube.

It seems Katy Hopkins agrees with me.   Bill Whittle, Scott Ott, and Stephen Green expand on this theme - and I thank them.

Super Deals in the Outlet Store

Bunkerville:  Do you want Mexican or Muslim Immigrants?