Is the lunatic left looking for a civil war?...

they need to remember that we own all the guns.


Just in case people don't get this: I'm not being rhetorical when I say that a large fraction of the country, on both the left and the nevertrumper/GOPe side of things, has gone insane.

The world feels like a Twilight Zone episode to them -- the world they went to sleep in on November 8, 2016 was not the same world they woke up to the next day of November 9, 2016.

[...]The daily hysteria, paranoia, conspiricizing, meltdowns, tantrums, out of left field accusations -- these are not signs of healthy minds.

We are used to saying X Derangement Syndrome but I really think there is some actual derangement going on.

And I would like to tell everyone reading: Please do not give in to it. Do not let their sickness become your sickness.  Read the rest because he has some great advice

It's advice I need to take to heart and act on because some of the events of the past few days has shoved the needle of my rage-o-meter into the stratosphere.


We have schools in many parts of the country which have shut down for the day with very short notice due to the selfish liberal women who want to "protest" with "A Day Without Women."   No never mind or caring about parents, mostly women, who have to scramble to find alternative child care, or worse, may have to miss a day of work themselves to stay home with their children.

Allow me to present to the angry (and mostly ugly) liberal women the vision of a real woman, who has a successful business and three beautiful children, heading off to enjoy a luncheon in celebration of International Women's Day at the White House hosted by First Lady Melania Trump. 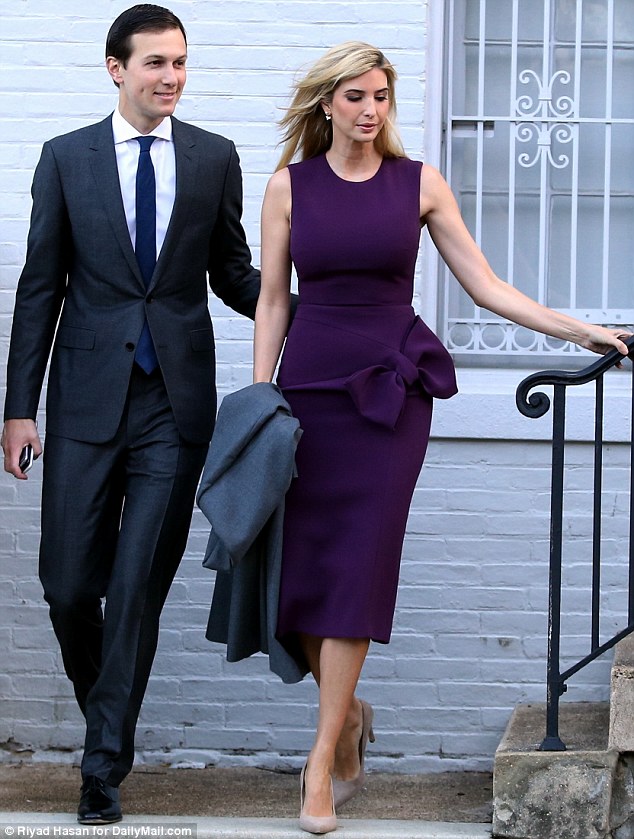 
And then we have the happy Trump supporters of the Twin Cities gathered together for a permitted rally in the rotunda of the State Capitol in St. Paul being physically attacked by a mob of hippie losers who threw smoke bombs, used pepper spray and tasers, screamed, shoved little old ladies, and punched senior citizen men.

Leading the pack was Senator Tim Kaine's deadbeat son who ended up being arrested.  And guess what loyal readers?  Tim Kaine thought that was just dandy.

Difference is, the Trump supporters fought back, just as I would have done if I was there.  It's one of the reasons I avoid crowds of any kind.


This one still makes my blood pressure zip up to the stroke level.

The violent protests that greeted the conservative political scientist when he tried to speak at Middlebury College last week could be easily dismissed as the latest episode in the by-now tiresome campus speech wars. They shouldn't be. Murray isn't just another right-wing gadfly who enjoys provoking left-wing outrage. In a very real sense, if the left thinks he isn't worth debating, then one has to wonder who they think is.

The story sounds like one we've heard before. Murray was invited to speak by a conservative campus student group. Protesters assembled to prevent him from speaking. They disrupted the speech to the point where it had to be canceled. Murray then repaired to a room to have his speech recorded so that those who wanted to hear it could do so. Protesters continued to disrupt the proceedings, and Murray was physically threatened as he attempted to leave the building. One of the professors who accompanied him was injured by the mob.  source

So now I guess it's okay to attack a 74 year old man and a female college professor.   Dr. Murray's account of the incident and his conclusions is a must read

At the very bottom of this post I included an interview with Dr. Murray from a few years ago discussing his book Coming Apart that is stellar.  It's about 45 minutes long but worth every minute.  Set aside some time to watch it.

Not to be outdone in their quest for lunacy the owners of an independent bookstore did this:

On Wednesday, women across America will participate in the “Day Without Women” strike, which aims to highlight the often underappreciated economic power of women. In a similar vein, the staff of Loganberry Books in Shaker Heights, Ohio decided to send a concrete visual message about women and culture—only theirs emphasizes the lopsided ratio between male and female authors. The staff of the independent bookstore adjusted the shelves of their general fiction section so that books written by men are turned backward, with their white pages facing out. That leaves only the spines of books by women facing forward.

And they're going to keep the books like this for two weeks.  Wow! Great way to run a business. 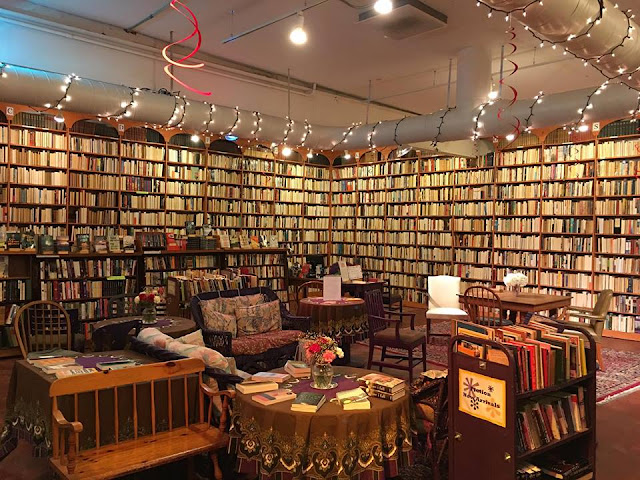 Did it occur to these mental midgets that maybe men write more books?  And did it also occur to them that they are in charge of their inventory?  Looks to me like they're making a buck off the back's of male authors.  Couldn't that be considered some form of slavery - or something?  How about this, dopes - why not just throw out all those backward facing books and just keep the lady written books?  Put your money where your big stupid mouth is.

And further more, being a vociferous reader for the past 66 years (if you're a female writer you may want to skip the next part - I left a space on purpose so the words don't seep into your eyeballs by accident)

*
*
*
Most male authors are better writers than most female writers.  Of course, we have female writers who string together words in an order that makes one's heart sing, but there's way more men authors who do that.  There - I said it!

Daniel Greenfield Weighs in on The Deep State

After Trump secured the nomination, Obama’s people filed a wiretapping request. As he was on the verge of winning, they did it again. After he won, they are doing everything they can to bring him down.

It was always going to come down to this.

One is the elected President of the United States. The other is the Anti-President who commands a vast network that encompasses the organizers of OFA, the official infrastructure of the DNC and Obama Anonymous, a shadow government of loyalists embedded in key positions across the government.  read the rest

When the wire tapping of Trump story started I was like, "Well, duh!"  How many of you are surprised that just about everyone in this country is being spied on, recorded, and tracked?  I'm not.


Today's Deals on Amazon in Health and Personal Care

I have been too lazy remiss in disclosing my Amazon links as affiliate links.  I know Instapundit usually doesn't either, but I'm sure he generates so many hits that Amazon is willing to overlook that pesky little problem

Anyhoo, if you click on one of my links, I receive a small commission, at no additional cost to you - and I thank you from the bottom of my heart.

Diary of a Right Wing Pussycat:  The Trouble with Trump

James Quinn:  What the Hell is Going On?

Newsbusters:  On Women's Day, Actress Proudly Admits Her Morality Comes From Her Genitals


MOTUS AD:  A Day Without Womyn, Democrats and Democrats-Lite