I'm not buying any of this ISSI crapola and the propaganda against Russia...

something is just not right.

When I watched the video of the Egyptian Christians being led to their slaughter, it is clear there is something off.  The whole production is slickly produced, and the last shot which shows blood being swept away by waves is, in my opinion, not believable.

Have you noticed that when all these videos come out they are declared "alleged" until some spokesman from the U.S. pops up and says they've been declared real?

Am I saying they're all fake?  Nope.  Because I don't know one way or another.

Meantime, in Denmark, a whole bunch of "folks" are killed by a man described as a native son of Denmark,  while they struggle to find a motive behind the attacks.  His name?  Omar Abdel Hamid El-Hussein and it's been reported that he is Muslim.  Hmmmmmmmmmmmm

Russia in the Ukraine?


Here's the "proof" as posted on Yahoo today; a grainy black and white satellite image that looks to be circa 1980 in which nothing is recognizable.

I can go to Google earth and zero in on my own property, and just about read the license plates on my vehicles, and I'm being asked to believe this image is real, and "proves" Russia is in the Ukraine.  Not buying it.  No siree.

I'm telling you, people - something is not right. 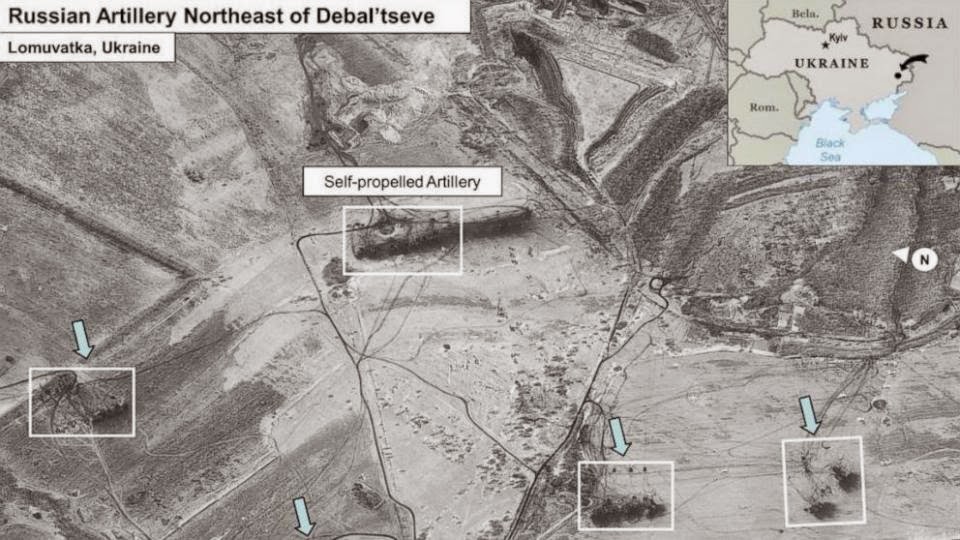 What I do think is that we are being manipulated to play into starting a war that the banksters and puppet masters dearly need.  The world economy is in a shambles, and a good old fashioned war would fix a lot of problems.

Not to worry, though.  Odumbo is in California camping out with a couple of homosexuals and playing golf.  Mooch is in Aspen skiing.  Business as usual.

That being said, I'm going to finish cleaning my house and go outside on this beautiful sunny day with temps predicted to be in the 50's and trim some trees.

Quietism, Or "Hunkering Down?"

Libya may halt pumping oil as violence intensifies
How Many More Wars?

Email ThisBlogThis!Share to TwitterShare to FacebookShare to Pinterest
Labels: ISIS