My tabs are bulging...

with so much stuff I may never get to my work.

Let's start with the simple stuff.

Roger Clemens acquitted of lying to Congress.  Tell me why exactly he was being questioned by Congress to begin with.  Didn't we elect these people to represent us, not harass some baseball player who may or may not have been juicing up on a cocktail of performance enhancers?  Frankly, I don't care if these athletes blow their gonads out with all these goofy drugs.

The US government spent untold millions of taxpayer dollars (that would be you and me) to do a study on how much it costs to raise a child to age 18.  Their conclusion? As reported by ABC:  Cost of Rearing a Child Rises to $234,000  (not including college which they estimate at 100K for four years.)

What a load of horse hockey.  How in heavens name did they come up with such a ludicrous figure?  I slipped over to the aforementioned boring report.  Half way through I discovered what I was looking for.  They pawn a portion of the mortgage, insurance, and utilities onto the cost of raising the kids.  What the hell?  Do people not have lights or heat before the rug-rats enter onto the scene?  Did the mortgage or rent suddenly increase because there was a wee one sleeping in a budget friendly dresser drawer? Obviously, these government loons spending our money never listened to Dave Ramsey.

Mark your calendars.  Rielle Hunter's new tell-all book (she's the ex-paramour of silky pony John Edwards), which "she wrote in an effort to explain her relationship with Edwards to their daughter", is hitting the shelves on June 26th.  Yep, that's how you want to explain something to your illegitimate daughter.  Write a damn book and release it to the world so when the girl hits reading age she can find out what a slut her mother was.  What is wrong with these people?

Up there in Minnesota libbyland,  General Mills Comes Out Against Minnesota Marriage Amendment, Cites ‘Inclusion’

People are all in a snit and demanding a boycott against them.  Other than Green Giant vegetables, the company produces nothing but garbage that should never be fed to anyone.  Lucky Charms, Toaster Strudel, Hamburger Helper (ugh!!!), and salt laden over-priced Progresso soups do not qualify as "food."  Great way to start a kid's day.  Pack him/her full of carbs and sugar.   Why in heaven's name do people buy this stuff anyway?

The Bishops have declared June 21 the kick-off date for “Fortnight for Freedom”, a few weeks of events and such billed as a "campaign for religious liberty."  And now we learn a Soros-funded group is set to nail the bishops.

So what!  Most Catholics are not going to be paying any attention, numerous parishes will not be participating in any meaningful way, and since it is open season on Catholic bashing, the MSM will skew the reports and slam the bishops anyway.

While doing some work for my Bishball team  (a form of fantasy baseball using bishops instead of baseball teams), I wandered onto the Daily Kos site.  Whoa!  The magnitude of the vile Catholic Church bashing was stunning.  That entire site is saturated with articles that are so profanity laced I was taken aback.  People actually talk like that?  Good grief!

Stormbringer has a wonderful article by Kitty Werthmann, who was a child when Adolf Hitler took control of her country of Austria and stripped away their freedoms. She now speaks out about the chillingly similar loss of freedoms we are currently experiencing in the United States.

Once again, while doing a bit more online research, I spent some time on the Kos site where an article tried to debunk everything Ms Werthmann recalls.  I won't link to it, but if you want to read it, Google:  Kitty Werthmann: Distorted Memories of Anschluss.

Distorted?  I think not.  Any student of history will be able to see the truth in what she is saying.  There were plenty of people who saw what was going on in Hitler's Germany, but there were far more who either couldn't see, refused to see, or didn't give a damn.

And face the fact that in the beginning people loved Hitler.  He offered them prosperity.  Can you say "hope and change?"


In 1938, Austria was in deep Depression. Nearly one-third of our workforce was unemployed. We had 25% inflation and 25% bank loan interest rates . . .

[...]We looked to our neighbor on the north, Germany , where Hitler had been in power since 1933. We had been told that they didn't have unemployment or crime, and they had a high standard of living. Nothing was ever said about persecution of any group - Jewish or otherwise. We were led to believe that everyone was happy. We wanted the same way of life in Austria.

[...]We were promised that a vote for Hitler would mean the end of unemployment and help for the family. Hitler also said that businesses would be assisted, and farmers would get their farms back. Ninety-eight percent of the population voted to annex Austria to Germany and have Hitler for our ruler.

Read In the Garden of Beasts: Terror, and an American Family in Hitler's Berlin, by Erik Larson - one of the most chilling books I've ever read.  It's out in paperback now and quite affordable.  I recommend you own a copy so you can highlight.  And plan on keeping a notebook handy for reflections.


With Obama's reckless disregard for the rule of law expanding daily, it would be wise of us to look to the past for hints of the future.  To say, "it couldn't happen again" is a major under-appreciation of what's going on in today's world.  Will the internet and Twitter keep you informed and safer?  Sure it will - if it's not shut down, and if you think the government can't do that, you're not paying attention.

The garden calls and I must answer... 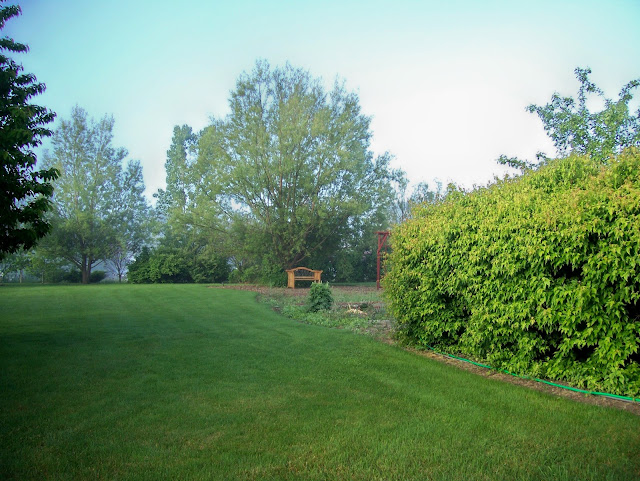