but willing to complain when something isn't to your liking?

When I started to blog more about politics than about Catholic "matters", my readership fell by a significant amount.  Most of the people who wandered away were folks who trumpet their "non-involvement" in politics.  They seem to be proud of this stance.

Meanwhile, the politics of the left is waging an all-out war on religious freedoms in general, and on Christians in particular. Elected officials are busy passing bills trumpeting "social justice" when the reality is such bills do great harm to the least of us.  These bills promote amorality, poorness in spirit as well as financial poverty,  and all manner of things designed to undermine a properly functioning and moral society.

There are certain people in this world who, by the nature of their vocations, are what I call the "pray-ers."  People like monks and nuns whose purpose in life is to pray without ceasing.  I hold these people in high esteem and recognize their most valuable contribution to our world.  We are all called to pray,  an area in which I often fall  short.  However, we are also called to defend that which is good and beautiful.  If you think entering into the political fray and at the very least, being aware of what's going on is below you, than you'll end up with exactly what you deserve.  Problem is - you're going to drag the rest of us down with you.


2239 It is the duty of citizens to contribute along with the civil authorities to the good of society in a spirit of truth, justice, solidarity, and freedom. The love and service of one's country follow from the duty of gratitude and belong to the order of charity. Submission to legitimate authorities and service of the common good require citizens to fulfill their roles in the life of the political community.

While I understand that not everyone can spend unlimited amounts of time perusing the issues of the day, there are plenty of us who are able and willing.  To take pride in being as unconnected from the political process as possible is really nothing to be proud of.

I love what Smitty at The Other McCain said in a post today earning him the coveted:

Quote of the Day Award


The good news about the Information Age is that you can find out just how important treating politics as a participatory sport has become.

The bad news, as I keep trying to tell my father, is that sitting at home doing the ‘yelly at the telly’ routine, Archie Bunker style, is no longer good enough. This is the Information Age: you now enjoy a tax against your time to stay engaged, and hold the feet of your elected officials to the fire.

The alternative is that somebody who doesn’t mind doing a little flexing is going to take, slowly, and gradually, all you hold dear. read it all

T.L Davis also warns us of a bleak future if we continue to maintain our "heads in the sand" posture.

Criminals By Comfort and the Dogs of Communism


[...]As you mope around in your pajamas waiting for the Sunday game to start, you might just turn to that news program you detest and look at all of those faces willing to marshal forces to ransack your man-cave. Yes, we are watching the criminalization of wealth and while you might not feel wealthy in your three bedroom home with two baths and a garage, you look pretty tasty to the dogs of communism. read the entire article - it's excellent - and we thank him.

Take a gander at the video Stogie, over at Saberpoint, has posted of the Democrats supporting the Occupy movement.  These people want to take what you have earned and shutter your churches (since part of the problem is crazy right-wing religious fanatics - something members of my own family like to call me.)

Think it can't happen?  Look at what Mr. Ellison of Minnesota would like to impose on the nation.  Voter fraud means you've lost your voice.

And comparing the Tea Party to the Occupy movement proves you haven't been paying attention.  Randy, hanging out over at his Roundtable, has posted a chart comparing the two concepts - and we thank him.  It's worth a look.
More:
Contraceptive mandate designed to impact Catholics, CEO tells Congress
and
Excerpt from a letter sent to Barack Hussein Obama from New York Archbishop Timothy Dolan, inspired by administration attempts to overturn the national Defense of Marriage Act

America's bishops "cannot be silent ... when federal steps harmful to marriage, the laws defending it and religious freedom continue apace," claimed Dolan, who now leads the USCCB. It is especially unfair, he added, to "equate opposition to redefining marriage with either intentional or willfully ignorant racial discrimination, as your administration insists on doing."

Dolan was even more frank in a letter to the U.S. bishops, claiming that the Justice Department is undercutting "our ancient Catholic belief, rooted in the teachings of Jesus and also the Jewish Scriptures." If this doctrine continues to be "labeled as a form of bigotry," he argued, this will surely "lead to new challenges to our liberties."  read it all along with the accompanying USCCB Staff Analysis of Recent Federal Threats to Marriage April-August 2011


New government policies and regulations will force pro-lifers to participate in killing children through mandated health care coverage of "contraceptive" drugs (that cause abortion) like Ella. read it all

I really like her closing sentence (can I have two Quotes of the Day??)


Evil is NEVER content to simply exist; everybody must be forced to proclaim it good. If you won't, you must be marginalized and ultimately destroyed. That's the liberal way.

From Dr. Robert Owens, guest posting at The Lonely Conservative:


Who Votes for Democracy?

[...]The democratic revolution which began in America a generation after the establishment of our representative Republic has grown through the roughshod years of Jackson, the tax, tax, tax, spend, spend, spend, elect, elect, elect days of FDR and has morphed into the Occupy Everywhere movement currently polluting our cities and clamoring for the predictable goal of pure democracy, “From each according to their ability to each according to their need.”

We are witnessing the tyranny not of the majority but instead of the majority of voters coming to fruition.  In America in a typical election only 50% or less of eligible voters bothers to cast their ballot.  Many congressional districts are gerrymandered into personal possessions, local counties, cities and states belong to good-old-boy networks and the Senate is the province of millionaire media stars.  The uninformed elect the unqualified to give them what is unearned. read it all - another excellent article

My posts on Maafa 21 will continue on Monday. 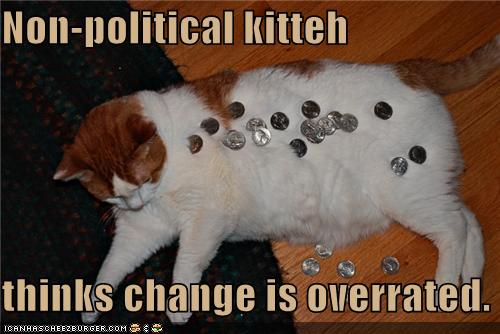