Day of Prayer and Penance on Anniversary of Roe v Wade

Today is a Day of  Prayer and Penance.


In all the dioceses of the United States of America, January 22 (or January 23, when January 22 falls on a Sunday) shall be observed as a particular day of penance for violations to the dignity of the human person committed through acts of abortion, and of prayer for the full restoration of the legal guarantee of the right to life. The Mass "For Peace and Justice" (no. 22 of the "Masses for Various Needs") should be celebrated with violet vestments as an appropriate liturgical observance for this day.USCCB 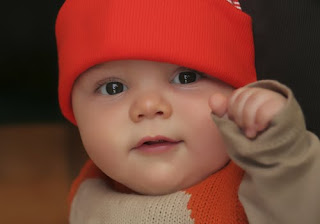 Please take a moment and visit Red State and read In Memoriam. It is excellent!


"On this day 37 years ago, seven unelected lawyers (all male) spat on centuries of Western tradition, the plain text of the Constitution, and decades of precedent and declared that there existed in the Constitution a heretofore undiscovered right for women to kill their children in utero. In one fell swoop, one of society’s burning moral questions was removed completely from the democratic process and placed in the hands of a black-robed oligarchy, jealous of protecting its own prerogative and manifestly afraid of “appearing weak” above all things; on at least one occasion it would refuse to reverse itself in order to teach the lowly population to be “tested by following” so that they might know the truth of the unelected Court above all other pedestrian concerns."  read the rest


And what is Obama doing on the anniversary of the most horrendous and probably unconstitutional piece of legislation?  Why he's romping around Ohio talking about green jobs.  Instead of worrying about "saving the planet he should be worrying about saving some innocent little human lives.

Meantime the dems and their lackeys in the press are doing their best to smear the new senator from Massachusetts.

Glenn Beck is showing his Live Free or Die special examining the roots of socialism and communism and the evil that followed.  Thanks to Left Coast Rebel (bless his cute little heart!) , who will record and post the show, I'll be able to view it later.

Glenn gets lots of stuff right, but these past few days he has seemed at bit, well, derailed.   There's something about playing John Lennon revolution music and commenting on it that has me worried.  I was afraid he was going to start playing the song backwards and claiming there was messages from the devil embedded in the song.

OMGosh!  I thought this was a joke...

Thanks Blog Prof for always finding the truly weird and wacky!

On the other hand if they opened one here I wouldn't have to pay for a gym membership.

Email ThisBlogThis!Share to TwitterShare to FacebookShare to Pinterest
Labels: Day of Prayer and Penance, linky love

Mother Teresa so prophetically said that if the unborn child in the womb can be killed, we are all in danger; no one is safe.
Look at the "euthanasia" in the Netherlands and in other parts of Europe. Very scary.
It's not just assisted suicide. Families (and doctors) can starve, neglect, kill the elderly, infirm and terminally ill.
Is this what we want here, across the board? (It does go on in parts of the this country; even "legally" in a lot of hospitals where they are just "put to sleep" or starved/dehydrated to death)...Human life is sacred because it is a gift of God; we cannot manufacture human life (contrary to the 'scientific community')...have mercy, O Lord, have mercy, and give us the respect for all human life. Amen.

It blackened the intellect of generations of people and I fear recovery from such thinking may never happen.

Great post Adrienne, so much to think about on this day.

Remember S-1114 -- the death panel legislation that passed the Idaho state senate last March but mercifully didn't make it into law (yet)? We need to be on the lookout for that one to resurface this legislative session.