At 5am this morning I am greeted by the headline stating  "Obama: Too much debt could fuel double-dip recession."


President Barack Obama gave his sternest warning yet about the need to contain rising U.S. deficits, saying on Wednesday that if government debt were to pile up too much, it could lead to a double-dip recession.


What could I possibly add to that?

At the same time and just inches away is:  Senate Democrats plan to unveil healthcare bill

Will someone please tell me how much is "too much debt?"

The details of the worked over legislation will be released at 5pm ET.  Anyone want to bet abortion is back in? I didn't think so.  However, take time to read what Senator Jim DeMint posted on Red State:


[...]To begin debate on this new version of Obamacare, Reid will play a shell game. He needs 60 senators to “vote to proceed” to an unrelated piece of legislation, and once he clears that hurdle he will strike that bill’s text and insert his new health care bill. But don’t be fooled by senators that will say they oppose a government takeover but just wanted to allow debate on health care, they are not being honest.

The simple fact is this: Any senator that votes to proceed to the Reid-Obama bill is voting for a government takeover of health care.

Please take a moment and read the whole article (it's not long), so you will know what it is you must do.  It was a bit of an eye opener for me.

The The Republican Alternative by Peter Ferrara tells us again what any rational person already knows.  You don't need 2000+ pages to "fix" the health care delivery system in this country.

Jeffrey Flier, dean of Harvard Medical School tells us why Health 'Reform' Gets a Failing Grade 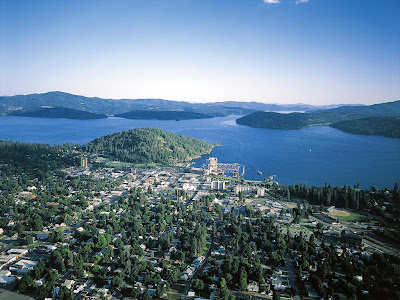 While I have never been one to line up to meet a celebrity, when I found out Sarah Palin was coming to Coeur d' Alene, my first thought was "cool".  Then I read on The Blog Prof what happened on her first stop in Michigan, and things are not looking good for getting my book (obtained off a huge stack at Costco yesterday) signed.  Lining up at midnight would never make it onto my radar.  I would consider showing up at 5am, but only if I know there will be porta potties.  Just sayin'...

The other difference is the Fred Meyer, where she will be doing the book signing, is not in a mall. It is a free standing store and also doesn't have a very large parking lot   Do I want to stand outside on Dec. 10 in Coeur d' Alene, Idaho?  Not so much!

Gateway Pundit has a video of the Michigan gathering...

The Reaganite Republican was nice enough to gather together some humor for hump day to entertain us.  Thanks RR

Father Powell clears up some issues:


Sacrifical Service vs. Being a Doormat

How do we distinguish between "serving sacrificially" and "being subservient"?  Or, as one commenter puts it:  what's the difference between rendering sacrificial service and "being a doormat"?  read the rest

I lean toward the doormat, thank you very much!

And this doormat needs to get some work done - even though there is much, much more to say...

No shock here -- it is all part of President Obama's "say one thing do the other" approach go governing. Plan on ramping up the debt? Say you are concerned about debt-levels. On issue after issue he does this. Classic bait and switch politicking.

I have been enjoying watching the media frenzy for Sarah Palin. It is astounding to see how much the elites hate her. She's everything they can't stand -- small town, state school, imperfect family, evangelical faith, likes her husband, etc. They just can't stand it. Fun to watch...

Is it possible that we could send in our copy of the book and maybe have some friendly line-stander have her autograph it? Still, it might be fun to see the long lines and perhaps blog about it, just to irritate our friends on the left.

Mark - Sarah is just a convenient stand in for us They hate us and think we're a bunch of stupid hicks. Class warfare at it's finest...

Of course that's it. Good observation.

Ken and Carol - heck of a good idea. My Mom was watching her bosses teenage kids one weekend back in '73. We made the kids stand in line for tickets to see the Exorcist (my gosh - that was THIRTY SIX years ago.) We lived in Houston and it was hotter than hell. Worked out well!

I was flipping channels yesterday and came upon Chris Matthews. I never watch this guy but noticed they were doing a segment that showed thousands of people lined up to get Sarah to sign their books. So what does Chris Matthews say? "They sure are awfully white." (that's as close as I can come to the quote from memory). The first thing I thought of was if someone else had said "They sure are awfully black" when looking at a crowd lined up to see Obama? He never tires of using the race card.

Regarding the health care bill...I've been trying to find a blog that clarifies this so-called "compromise" on the abortion issue on the Senate bill. I never knew there was a compromise when it comes to killing babies, but that seems to be the mindset of our government these days. My fear is that it will be enough (along with arm twisting from their party) for Dems who were originally against funding abortions to sway their vote. I tried reading the excerpt of the bill and can't make heads or tails out of it.

Let me know if you see any Catholic blogs that are writing about this, I would love to read it. Thanks.