Our internet access continues to be sporadic, and it's driving me slightly batty. Posting will be spotty until I find a new internet provider.  AT&T's solution is to buy a new modem (approx $175.00), which may or may not work. I don't think so. I'll be liaising with my computer guru to ascertain my next steps.

One Tab is up to 327 saved tabs of information, which in my opinion is important.

But you know what's really important? Doing the stuff my station in life demands of me. 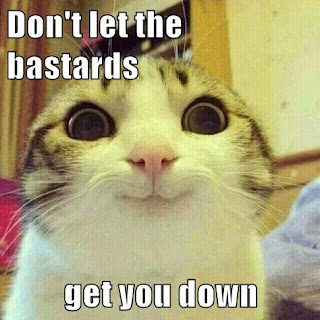 And I don't think my station in life is to spoon feed information to people who are more than capable of ferreting out the truth all by themselves.

What do you expect, when according to the LA Times, 96.4 million people tuned in to watch a football game comprised of players who hate America, advertisers who despise you, and millionaire entertainers who insult you and think you're a rube.

These are the same people who are backing this sham-wow dog and pony show going on in DC.  Were these fools in DC elected, and getting paid over 200K a year to waste their time trying to destroy the best president this country has ever had?

And 96.4 million people hunkered down in their homes under house arrest, grateful for being thrown a crumb of entertainment, and pretending how we're living is normal. Does it get anymore depressing than that?

The Burning Platform’s Jim Quinn has a a two-parter that makes me look positively cheerful. Part one, A Strange Game, lays out what the heck is going on, and Part two is his prescription for how we move forward.  I'm in agreement on at least 90% of his suggestions in part two. The other 10% will take a bit of rumination.
In the meantime - keep the faith. Pray and tend to your station in life like your life depends on it, because it does,
Posted by Adrienne at 7:07 AM