While I find the slogan-touting, meme-spreading idiocy of the commie/libtards, who don't have an independent thought of their own borderline-amusing, it's the "go-along-to-get-along" crowd who I find most frightening.

A goodly portion of these wimpy people think they're conservatives. They may have even voted for Donald Trump. But when the excrement starts flying, they run and hide.  If they see a fellow citizen being harassed or assaulted, they turn their back and flee.

I'm shocked and saddened at seeing free people living in North Idaho, with admittedly few mandates and restrictions, march around the grocery store and Wally-World with filthy rags tied on their faces. These same people go along with churches being locked down, people losing their businesses and livelihoods, while the big corporations are raking in the money. 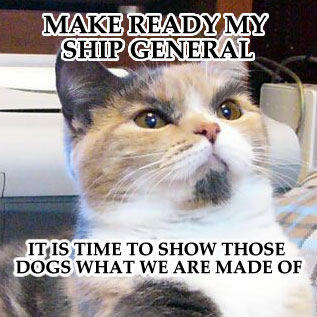 In all filmed instances of a person being assailed by a store employee or another customer for the crime of going maskless, no one steps in to defend them.  It doesn't mean it's never happened, but I've not seen it.

As Leo Hohmann said in his fine, but scary, article Who will you trust when law and order break down and the bullets start flying?  Do read the whole article since he offers good advice for your future actions.

..."2021 will also be the year when millions of Americans who refused to wake up and take the threat of this communist revolution seriously will finally have their normalcy bias swept away once and for all. They will rue the day they said “oh, that will never happen in America” or “Americans will never stand for that” while waiting for someone else to stand up and stop the slide into totalitarianism.

The year 2020 brought an unexpected “new normal,” where Americans handed over their constitutional rights to dictatorial mayors and governors forcing them to wear facemasks and declaring certain businesses and churches to be non-essential. But 2021 will bring an even more ominous new normal that requires an unprecedented level of prayer, unity and cooperation among patriots in order to turn back the tide of technocratic communism.

A great starting point would be to take off your facemask. This is a highly symbolic act, an act of defiance to the Great Reset and the power elites who seek to transform “every industry” and all human activity, according to Klaus Schwab, director of the World Economic Forum."

Check out this crazy (fat) employee at a Winco in Salem, OR as he actually lays hands on an older lady who is trying to self-check out without wearing a mask. He confers with another fat employee who dials up the police. And don't miss the masked up fatty at 3:34 who scratches his nuts as he slobbers with glee through his foul grimy muzzle at the impending arrival of the police. Is being an overweight rude slob a job requirement at Winco?

The old man checking out behind her has his potatoes knocked to the floor in the scuffle with the person filming.  He's most definitely at the age, or close to the age, to remember WW II, so he has intimate knowledge of the German death camps.  And yet he stands there doing his studious best to pretend there is nothing untoward going on behind him.  What the hell???

As my listeners and readers can hopefully attest, I have been on a lifelong quest to understand human nature and human behavior. I am sad to report that I have learned more in the last few years, particularly in 2020, than in any equivalent period of time.

These past few years have taught me not to so quickly judge the quiet German, Russian, etc. Of course, I still judge Germans who helped the Nazis and Germans who in any way hurt Jews. But the Germans who did nothing? Not so fast.

What has changed my thinking has been watching what is happening in America (and Canada and Australia and elsewhere, for that matter). The ease with which tens of millions of Americans have accepted irrational, unconstitutional and unprecedented police state-type restrictions on their freedoms, including even the freedom to make a living, has been, to understate the case, sobering. read the rest

The rally before the Stop the Steal rally in DC is under way. The people who are fighting for our freedoms are gathering together in anticipation of what will probably be the largest freedom rally ever to be held in DC to protest the stolen election.

Right Side Broadcasting is live - and we thank them.

If the left prevails, your life won't be worth the few cents you may save by shopping at Winco.

The National Pulse: Exclusive: The Great Reset: Bannon Interviews Archbishop Carlo Maria Viganò. Biden - an Irreparable China Complicit Disaster  This is an important transcript to read - not just for Catholics, but for everyone!

Blue's Blog: Not even trying to hide it...

Victory Girls: Gaslighting Goes On Despite New Voting Irregularities The same gaslighting you're having to endure whenever a mask mandate ad plays on your radio - which is often!!

Washington Examiner: Man brings gun to enforce face mask compliance in gym before manager tackles him  Hat's off to the crazies in Minnesota!!

Bunkerville: Cuomo: I’ll Fine Doctors Up To $1 Million If They Vaccinate Someone Who Isn’t Eligible Yet  Yep - that'll make things better.