Singing louder is not the solution - and an important video... w/Update

it's time to man up everyone. (emphasis mine)

After a speech, pro-life activist Penny Lea was approached by an old man. Weeping, he told her the following story:

"I lived in Germany during the Nazi holocaust. I considered myself a Christian. I attended church since I was a small boy. We had heard the stories of what was happening to the Jews, but like most people today in this country, we tried to distance ourselves from the reality of what was really taking place. What could anyone do to stop it?

A railroad track ran behind our small church, and each Sunday morning we would hear the whistle from a distance and then the clacking of the wheels moving over the track. We became disturbed when one Sunday we noticed cries coming from the train as it passed by. We grimly realized that the train was carrying Jews. They were like cattle in those cars!

Week after week that train whistle would blow. We would dread to hear the sound of those old wheels because we knew that the Jews would begin to cry out to us as they passed our church. It was so terribly disturbing! We could do nothing to help these poor miserable people, yet their screams tormented us. We knew exactly at what time that whistle would blow, and we decided the only way to keep from being so disturbed by the cries was to start singing our hymns. By the time that train came rumbling past the church yard, we were singing at the top of our voices. If some of the screams reached our ears, we'd just sing a little louder until we could hear them no more. Years have passed and no one talks about it much anymore, but I still hear that train whistle in my sleep. I can still hear them crying out for help. God forgive all of us who called ourselves Christians, yet did nothing to intervene."

"Their screams tormented us . . . If some of their screams reached our ears we'd just sing a little louder." source

If you are a person who is going along to get along, you need to stop now because it's all about character.

Ask yourself if someone with good character would stand by silently while people lose their businesses or their livelihood. Ask yourself if accepting putting your elders into solitary confinement - separated from their family and often dying alone, is showing good character.   Hundreds of millions of people world-wide are being thrown into poverty that may last the rest of their lives.  How many homeless will be added to the rolls?

Teenagers contemplating suicide is at an all time high.  Do you care? You've sent your children to schools requiring little kids to wear masks, and sit in isolation from each other without a qualm. You sat back in silence as a family was thrown off a plane because their two year old wouldn't wear a mask.  You didn't intervene when a family was thrown out of a movie theater by the police because their disabled non-verbal child couldn't wear a mask.

I know a lie when I see one, and when I go out and see the sheep wandering around with a filthy rag tied on their faces, and claiming it's because they care about others, it's a lie. It's because they're fearful, useful idiots, who have the character of a squid.

We've stood back and allowed the government to close all the small businesses, while Walmart and Costco parking lots remain packed, and Amazon is making record profits.  And yet, at least 145 employees at a Union Gap, Washington Costco have tested positive for COVID-19.  How's that draconian mask policy working out for you, Costco?  Oh, wait - they didn't mention whether any of those people are actually sick. They just tested positive. And the store remains open for business as usual. Hmmmm.

You've hidden at home while your "Christian" pastors have closed churches to the faithful - and that includes all "Catholic" priests and bishops who have stumped for Biden and the "Great Reset".

At least the people of Argentina are happy, as they celebrate the legalization of abortion.   If you want a glimpse of the pits of hell, hop over and watch the writhing squirming squids cheering people celebrating being able to kill their babies.   Dante - eat your heart out!

You think this is over?  Au contraire, my little poodles. It's just getting started, and if you don't develop some real character, we, as a country, are doomed.

The people of character have been ridiculed, called selfish, shunned, and even arrested.  We've refused to back down or give in. It hasn't always been easy, but it's not really been hard either.

I would like to give you something positive and cheerful for today when we welcome in the new year. But that would be a lie.

Tell me what you think may happen, if on January 2nd all the businesses decided they've had enough and opened?  What would happen if the churches on the first Sunday of 2021 opened their doors to the faithful? What would happen if you refused to wear a mask of submission?  I'll tell you what would happen. Nothing!  Except we'd be back on the trail of freedom. 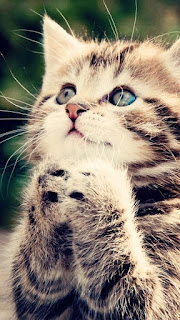 Update:
I'm aware the majority of my readers are in agreement with my sentiments.  However, I am also aware that many of you have relatives and friends who disagree.  One way you can do your part is to share this post - or any other post that has the same message.  Let them know how you feel.  Will some of them shun you in the future? Probably. I'd rather be shunned and be a person of good character standing up for what's right then appease those who wish us harm.  It's time to come out of the shadows.
Posted by Adrienne at 12:37 PM