don't feel bad - I only knew the name sounded familiar.

Instapundit linked an article today by Mark Judge, Satan’s Anus: Dishwashing through the Pandemic.  I rarely follow links on Instapundit, but something made me go read it. I was still wondering who Mark Judge was until I followed his link to an article about Brett Kavanaugh. Huh? What's he got to do with Justice Kavanaugh? Then it hit me. He was also accused, along with Kavanaugh, of rape by the psychotic Christine Blasey Ford.

After reading his article, I did my research on Judge and his books. I discovered he was an alcoholic while in college, was a lefty who became a conservative, and rediscovered his Catholic faith. One of his books, published in 2020, A Tremor of Bliss: Sex, Catholicism, and Rock 'n' Roll, was very favorably reviewed by First Things.

While at Amazon, I took time to read a bunch of his ratings.  Lo and behold, all the one star reviews were from commie/libtards calling him horrible names, and demanding that he "tell the truth" about raping Ford.  You know, the compassionate left virtue signaling and spewing their moral superiority.

It is also a reminder of how the left will destroy those they hate, which is anyone who disagrees with their warped view of the world.  Never, ever forget - they don't just hate Donald Trump; they hate you too. 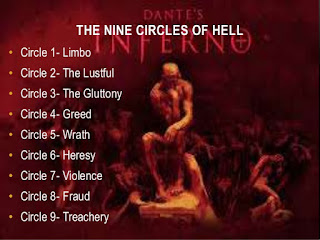 I've read his article several times now.  Rather than complain about being a dishwasher, he simply is doing what he has to do to survive.

...Coronavirus has revealed that as a culture we have, as the Jungian psychologist James Hollis put it in his new book Living Between Worlds, “lost the map.” Our old ideas of success and failure and what matters are shaken. Does the world need so many journalists? Or managers? Or consultants? Or movies? Were they really feeding our souls?

So, like Hollis or Dante, when “the way is lost” you sometimes just have to knuckle under and walk through hell. You have to make a buck on your feet, with your chest and arms and inside your own body, not in cyberspace or on Facebook or Twitter. You revert back to those summers when you were a kid, cutting grass, shoveling snow, bagging groceries. That puts us back in touch with ourselves.

But the most telling is his final paragraph which echoes my thoughts.

Yes, the only way through it is through it. And the crisis, if we’re lucky, will remind us how far we as human souls have become separated from our true selves and bodies. “On a collective level,” Hollis writes in Living Between Worlds, “our culture’s treatment plans for the absence of a personal, intimate relationship with the gods are materialism, hedonism, narcissism and nationalism, as well as a coursing nostalgia for a world that never really existed. Our contemporary Odysseys are redirected to the Apple Store, the palliative pharmacy, or forays along the River Amazon Prime. Guided by Google, whereby all things are knowable, we wonder why we are so absent-spirited, so lost, and so adrift. We may say that these secular surrogates, these ‘isms,’ constitute our values, our de facto religions, those in which we most invest our energies. But we have to ask the obvious question, ‘How well are they working for us?’”