How many scary black guns can you pack into downtown Coeur d'Alene, Idaho on Monday night?... 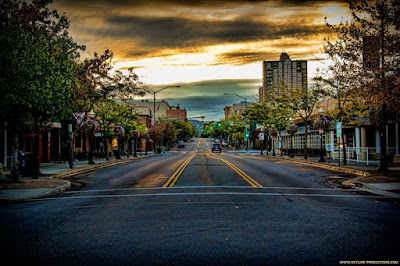 And that's not counting the side arms and shotguns.

Rumor was that antifa types were headed to our beautiful Coeur d'Alene downtown to plunder and riot.

It was not to be.


"Last night's "Gun d'Alene" was AMAZING! Thousands of citizens, the majority of them armed, turned out at the mere suggestion that Antifa anarchist thugs and/or Proud Boys radicals may be coming to cause trouble. You want to cause trouble in our town? Not just "No" but "Hell No!!". You are welcome to come. You are welcome to peacefully protest. But do anything stupid and it won't last 10 seconds.

...Armed citizens are the solution to the anarchy sweeping our cities. Armed citizens, NOT SWAT police armed with tear gas and rubber bullets. Armed citizens peacefully gathering in a show of community strength and resolve. The small town equivalent of an American Aircraft Carrier Battle Group letting people know that we have the means and resolve to ensure peace."

As night fell, the streets were lined with cars and trucks just having a fine ol' time cruising and enjoying the beautiful spring weather.

The antifa types scoped out the scene and decided maybe heading to Missoula, MT may be a better idea.

Proud to live in North Idaho!!

Photos from the Facecrap page of Liz Ehret Re - and we thank her. 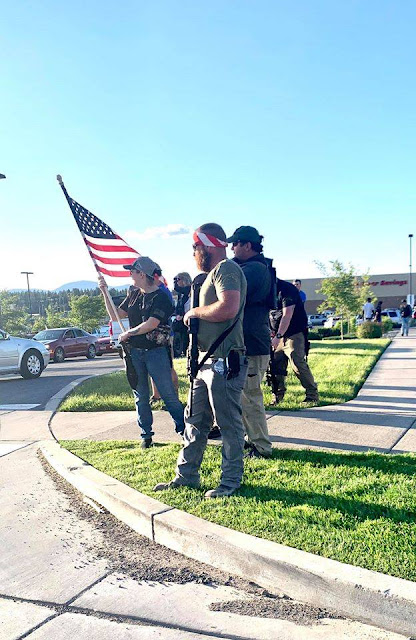 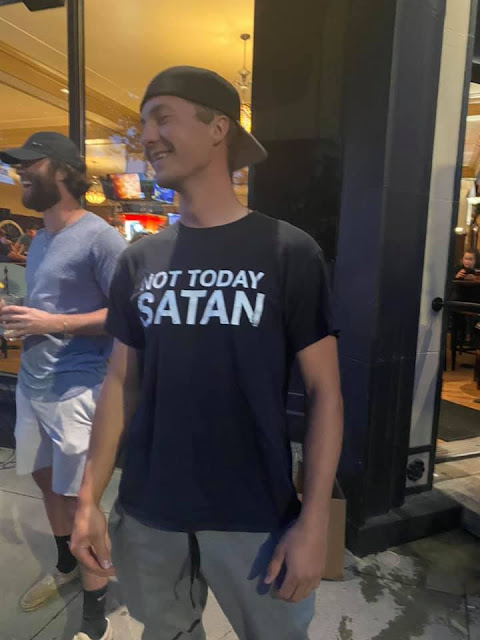 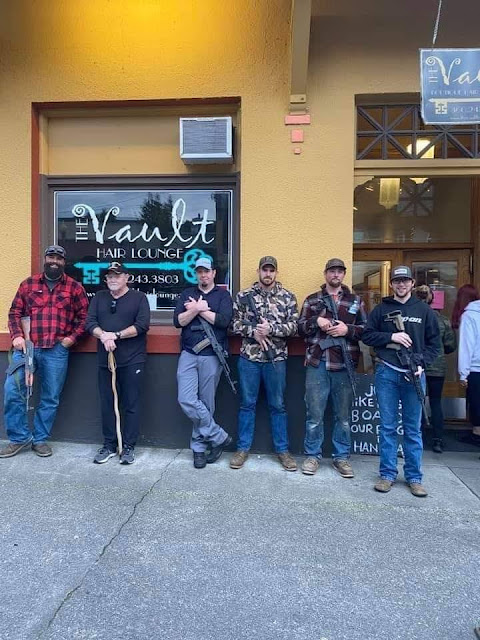 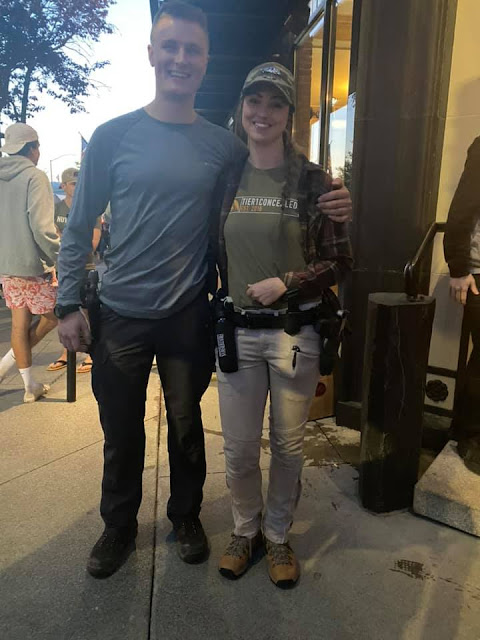 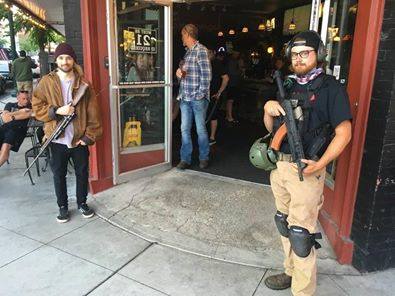 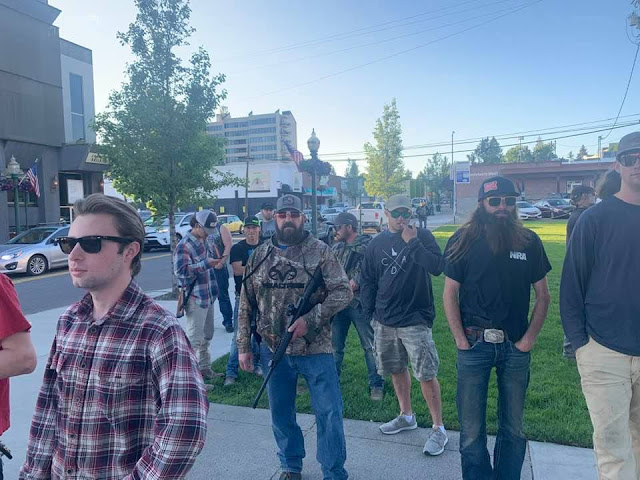 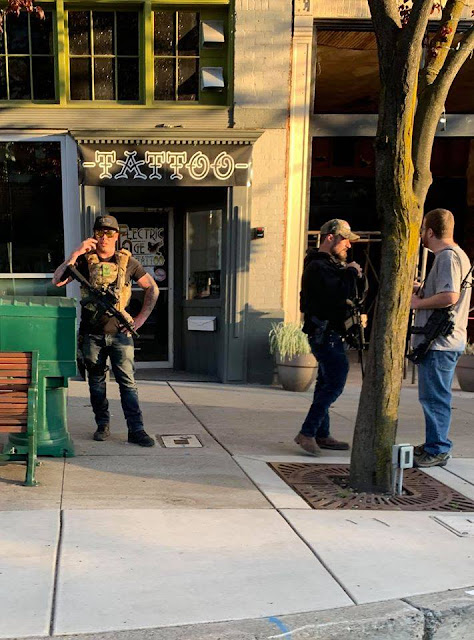 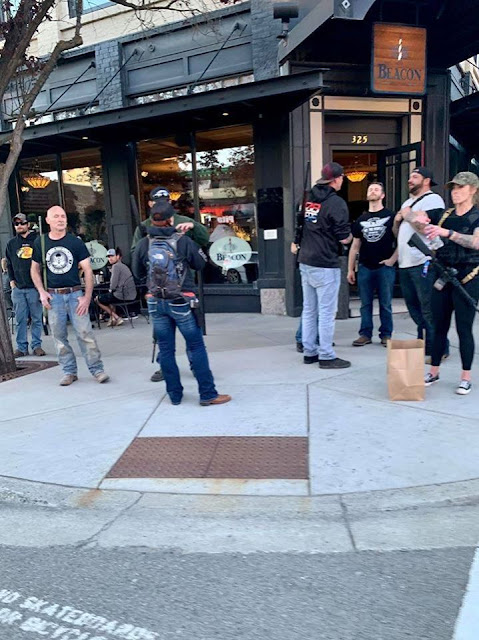 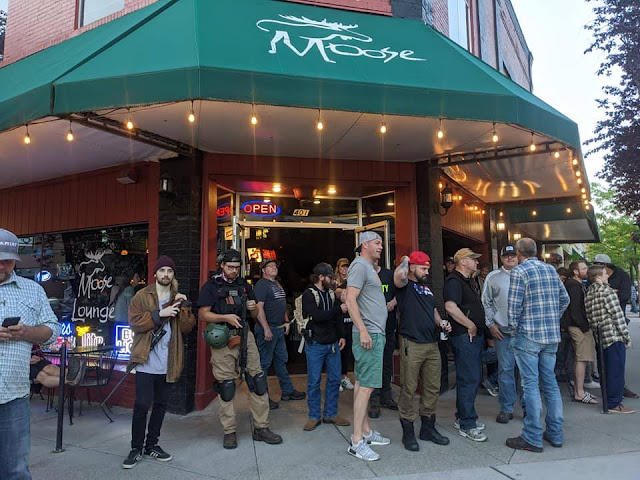 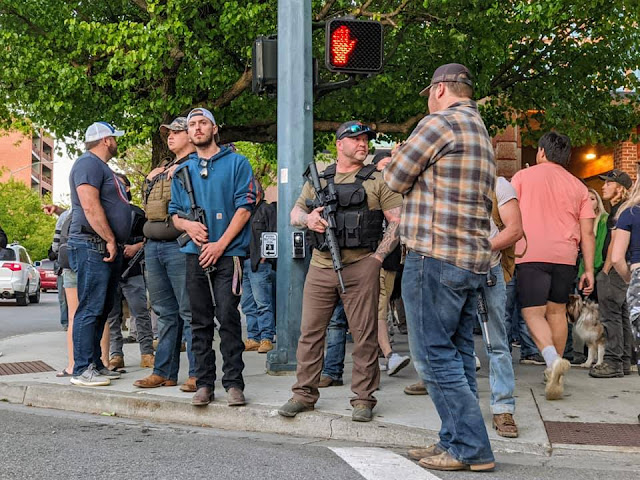 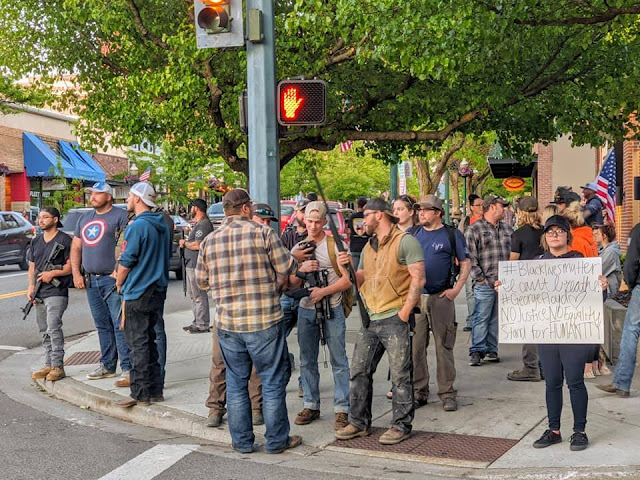 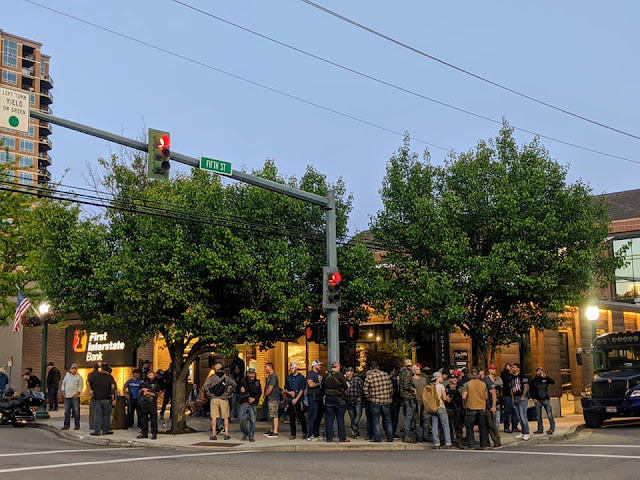 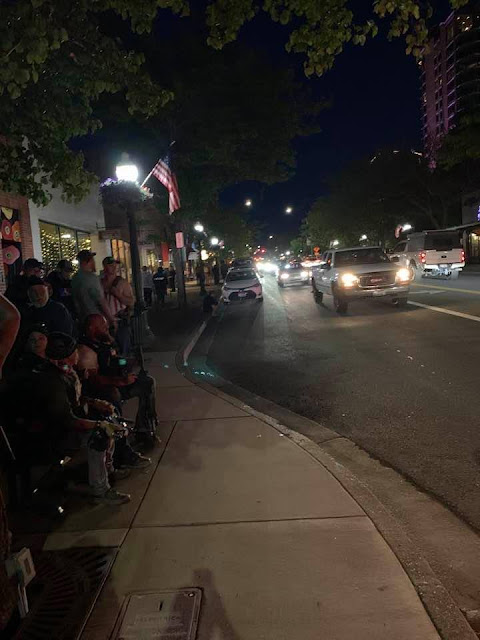 Selwyn Duke:  On George Floyd: There is NOTHING to Protest

The Smallest Minority: "Our first purpose was not to be noticed."

Bunkerville:  Antifa – Nuggets from the Weekend
Posted by Adrienne at 8:46 AM