I've decided to take one for the team and watch the dems compete about how much they want to give away "for free", gun bans, baby killing, and a myriad of other unsavory subjects.


Tomorrow in Las Vegas the arrogant/ignorant commie/libtards will gather in Las Vegas for a debate.  Michael Bloomberg has qualified to stand beside the blatant commie Bernie, the homosexual Saint Pete (who has again been referencing the Bible and quoting God), the fake Indian grandma scold Warren, dull as dirt (the proper use of the word dirt) Klobuchar, and finally senile creepy Joe Biden.

That means I will forego watching President Donald J. Trump at his rally in Phoenix, AZ.  Please don't worry about my mental health as our vigorous president will be having a rally tomorrow in Colorado Springs, and the following day in Charlotte, NC which will help reset my psyche.

Every one of these people celebrate the killing of babies up to the point of natural birth - and sometimes beyond that moment.

When I hear anyone say you can't be a one issue voter my reply is, "Hogwash!"

You can and you must!

If you ignore abortion and vote for one of these awful people because you like free stuff and think yourself a Christian - you can't.  It's as simple as that.  The wholesale murder of babies supersedes all other issues.

For instance, Saint Pete when asked at a town hall last night, "Do you think it is impossible to be a Christian and support President Trump?", answered:


"Well, I’m not going to tell other Christians how to be Christians. But I will say, I cannot find any compatibility between the way this president conducts himself and anything that I find in scripture. Now I guess that’s my interpretation. But I think that’s a lot of people’s interpretations. And that interpretation deserves a voice."

This is a man who and has sex with another man and even claims to be "married" to him, and supports abortion with every fiber of his little being.

So I don't care how much crap he promises to give you, or how much he cares about the defenseless and downtrodden (except babies) - you may not vote for this scripture mangling maniac - or any of the other baby killers lined up tonight to trumpet for a "woman's right to kill her baby."

I've been alerted to a great game of Bloomberg Gun Ban Bingo from the folks at Wideners Gun, Ammo, and Shooting Blog - and we thank them.


We typically try to keep things fairly apolitical here at the blog. But this week, I know a lot of our fellow staunch 2nd Amendment supporters have an eye fixated on politics. Michael Bloomberg, an outspoken politician supporting his own brand of gun control seems to be gaining traction as a legitimate major party candidate for President of the United States.

While we don’t dare tell you how to vote… if a man painted as a villain by the National Rifle Association for more than 20 years is making a serious run, we figure we might as well have some fun with it.

How do you play? Well, it’s easy. Keep your bingo card and ammo handy during any debate Michael Bloomberg is a part of. When you hear him or one of the other candidates mention any of the topics listed on the Bingo card above, mark the spot with your favorite round of ammo. Complete a row, and you’ve got yourself a bingo! We suggest shouting it from the rooftops.

Lot's of great articles about ammo and gun supplies on the Widener's site. Check it out 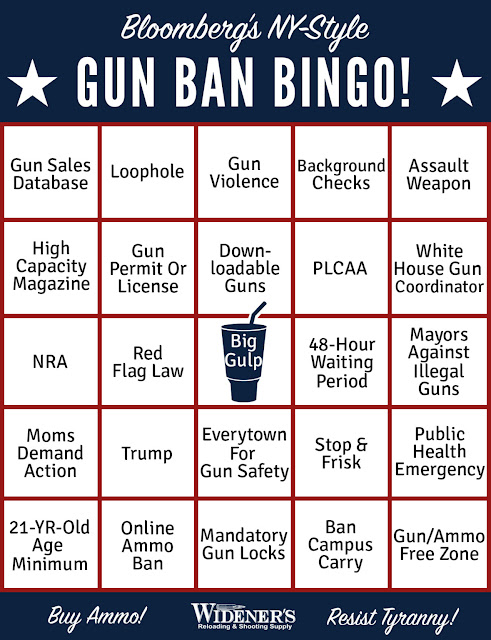 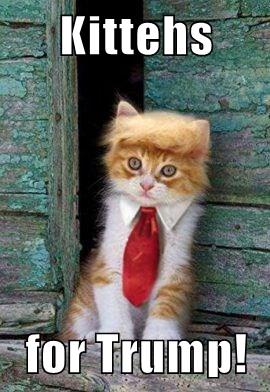 I'm busy redoing my built in bookcase in the living room.  I have to clip on lights on the very top and I have to hop on a footstool to turn them on.  I wondered if there was an extension cord with an inline on/off switch.  There is and Amazon got it to me in one day.  They do have it at Home Depot for the same price, but no one offered to drive it over to me, so I went with Amazon.

This way my pal Wesley Virgin's story begins in this SHOCKING and controversial VIDEO.

As a matter of fact, Wesley was in the military-and soon after leaving-he revealed hidden, "self mind control" secrets that the CIA and others used to obtain everything they want.

THESE are the exact same tactics many celebrities (especially those who "became famous out of nowhere") and the greatest business people used to become rich and famous.

You've heard that you utilize only 10% of your brain.

That's really because most of your brain's power is UNCONSCIOUS.

Perhaps that thought has even taken place INSIDE OF YOUR own mind... as it did in my good friend Wesley Virgin's mind 7 years ago, while riding an unregistered, beat-up garbage bucket of a car without a license and $3 in his pocket.

"I'm very fed up with living payroll to payroll! When will I get my big break?"

You've taken part in those types of conversations, ain't it so?

Your success story is going to happen. Go and take a leap of faith in YOURSELF.