November 6th: MORE THAN JUST ANOTHER ELECTION. THIS IS A FIGHT FOR THE SOUL OF AMERICA!...

a battle between good and evil.

I know that many of you have already voted.  On November 6th I will head to our local polling place and cast my ballot for the Republican party.  Hanging with my red state peeps, marking my ballot (paper), sliding it into a locked box, and having the elderly poll worker call out, "Adrienne Streeter has voted", is very important to me. 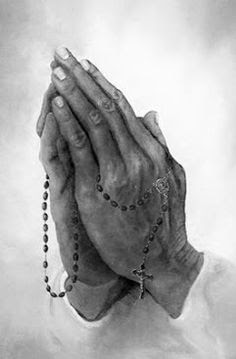 Never mind this crap about voting for the "person."  Other than the few RINO's, the candidates must follow the dictates of the party.

If you care about this country then you will make a check mark for Republicans.  I don't care if you loathe the person - just do it!

You're voting against people who hate you, the country, and God.  Hating God usually doesn't go well, but that's their problem.

As this election approaches, folks look for answers to moral questions. Some see this as “just another election,” and want to frame this in a “lesser of two evils” narrative. I don’t see it that way. There is MUCH MORE at stake.

Here’s how I see it …
In my lifetime, we have witnessed the most aggressive campaign to overthrow God that has been seen in all of civilization. Sure, not all sides are perfect, but one side is totally dedicated to continue this anti-God campaign, while the other side has all “those who are serious about their faith” rooting for God, and getting in the battle to save our country. The choice is crystal clear, when one sees it in this context. Did Christians squirm at Constantine’s morals? Yes. But, were they grateful how he opened the way for Christianity to thrive? Yes.
I am convinced we are in the throes of the greatest spiritual war of all times. While much of it is played out in the political theatre, it goes to the heart of everything we Christians hold near and dear to us, because it is a battle fought for Deus Vult (The will of God).
The enemy, just as it was in the Crusades, is seeking to seize ground by force and unjust tactics, while we are trying to protect this ground or even reclaim surrendered ground.
Here is my assessment …
Read the Rest

Lloyd Marcus:  Defining the Enemy in These Final Days before the Midterms

23 Then he got into the boat and his disciples followed him. 24 Suddenly a furious storm came up on the lake, so that the waves swept over the boat. But Jesus was sleeping. 25 The disciples went and woke him, saying, “Lord, save us! We’re going to drown!”
26 He replied, “You of little faith, why are you so afraid?” Then he got up and rebuked the winds and the waves, and it was completely calm.


27 The men were amazed and asked, “What kind of man is this? Even the winds and the waves obey him!”
Posted by Adrienne at 9:51 AM