My doggie has been rock and rollin'... 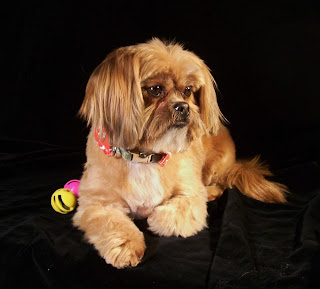 My doggie, Frankie, erupted in screams of pain yesterday about 5pm.  He'd been acting off for a few days, and I had been watching him closely.

He was rushed to the vet, x-rayed, and it was determined that somehow he swallowed a rock.  Frankie is a 12 lb dog and after emergency surgery, the vets office was surprised he could have even swallowed such a large (for him) rock.  This was not a nice little rounded off rock.  This was a rock comprised of many right angles and sharp points.

He was transferred to the emergency hospital after surgery so he could be observed overnight (adding another $300.00 to the $1250.00 bill.)

I picked him up an hour or so ago and he's doing fine for an older guy.

Email ThisBlogThis!Share to TwitterShare to FacebookShare to Pinterest
Labels: Frankie