What is this NPC meme thing all over the news?...

Because anything that upsets the commie/marxist/libtards is A-okay in my play book.

This morning after reading the wonderful post about NPC's at our beloved MOTUS, Meme of the Century,  I was driven to explore this phenomena.  Exploring something, investigating as it were, is polar opposite to how the lefties who live among us do things, so it appears calling them NPC's would be an attribute that they live up to splendidly.

They're so outraged at being called what they are that Twitter is banning NPC memes from it's site.


The new “NPC” meme mocks leftists by depicting them as unthinking and reflexive automatons. The meme has upset the left so much that Twitter is now banning people posting it for “dehumanizing speech,” but its humble origins are the computer-controlled characters of limited intelligence found in most video games.

The popular NPC meme trend frames its targets as non-player characters (NPCs) who reflexively spout neo-Marxist axioms in response to real-world events. Actual NPCs are computer-controlled characters in video games with limited scripted responses given the parameters of the games in which they appear. For example, NPCs may assign quests to the player in games like Skyrim, or join the player as a companion in Fallout. read the rest 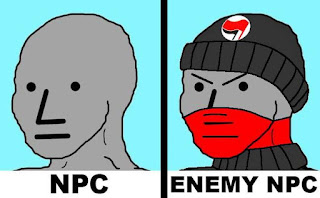 I'm not a gamer nor do I spend any time on Twitter - even to read Trump's tweets.  I know that if Trump tweets something wonderful I will hear about it within mere minutes.  As to playing games on my computer?  No thank you.  I have a bag full of library books and a loaded Kindle that I find much more appealing.

Paul Joseph Watson does his usual great job of explaining why the NPC meme freaks out the left. 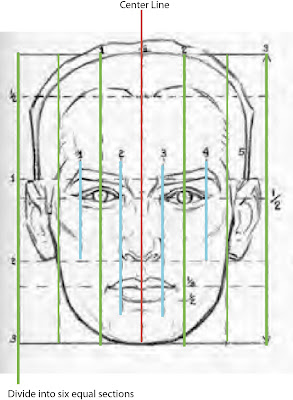 As much as I like Watson, he does have a flaw that creates a distraction for me. Speaking as a modestly trained artist, Watson's face is so perfectly symmetrical and perfectly proportioned (at least the frontal view) according to artistic standards that I often lose sight (not a pun) of what he's saying.

Save up to 30% on select Moen faucet Products

I receive a small commission when you purchase through my links - at no additional cost to you, and I thank you from my non-NPC heart
Posted by Adrienne at 9:59 AM