What's going to happen after the IG report is released today?...

Yes, ladies and gents - nothing.

It already appears that the people who will bear the brunt of condemnation are already gone, fired, resigned, or retired.

I'm pretty sure we all know Comey is a whining beta male jerk, McCabe is a liar, Loretta Lynch is a moron, and Peter Strzok was too busy getting his game on to do his job properly.  And we all know that the lying, venal, commie/marxist/libtard Hillary Clinton will not spend her remaining days in prison for treason.


Former FBI Director James Comey “deviated” from FBI and Justice Department procedures in handling the probe into Hillary Clinton, damaging the law enforcement agencies’ image of impartiality even though he wasn’t motivated by political bias, the department’s watchdog found in a highly anticipated report.

“While we did not find that these decisions were the result of political bias on Comey’s part, we nevertheless concluded that by departing so clearly and dramatically from FBI and department norms, the decisions negatively impacted the perception of the FBI and the department as fair administrators of justice,” Inspector General Michael Horowitz said in the report’s conclusions, which were obtained Thursday by Bloomberg News.

The Daily Caller reports: (emphasis mine)


Comey, who was fired on May 9, 2017, will reportedly be criticized for his public statement on July 5, 2016 announcing the closure of the Clinton email probe. Lynch will reportedly be dinged over a meeting she had with former President Bill Clinton on an airplane in Phoenix in late-June 2016.

McCabe has already been criticized by the OIG for authorizing an FBI official to leak information about the Clinton investigation to a Wall Street Journal reporter in October 2016. McCabe allegedly falsely claimed in interviews with FBI and DOJ investigators that he did not authorize the leaks.

Let that sink in my fellow dirt people.  These people are out walking about counting their ill gained millions and now - horrors, they're going to be criticized and dinged.

The entire report will be officially released at 3 pm (I'm assuming that's eastern time), and will consist of 400 pages of crapola that no one will read - except me 'cause I'm nuts.

In the meantime, me and my new cataract free and toric lens corrected eyeball, will be out pulling weeds.

Is it just a coincidence that today is Flag Day and also Donald Trump's birthday or is there a higher meaning to it all? 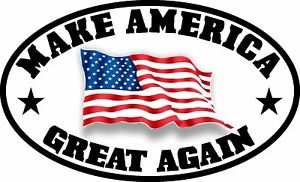