Are the commie/marxist/libtards trying to get people killed?...

or start a war?

By now you've probably run across Maxine Waters cry for violence against anyone who works in the Trump administration.  It doesn't take a genius to realize that will spill over onto anyone who supports President Trump.


Maxine Waters: “If you think we’re rallying now, you ain’t seen nothin’ yet. Already, you have members of your Cabinet that are being booed out of restaurants who have protesters taking up at their house, who say, ‘No peace, no sleep. No peace, no sleep.’ God is on OUR side! On the side of the children. On the side of what’s right. On the side of what’s honorable. And so, let’s stay the course. Let’s make sure we show up wherever we have to show up and if you see anybody from that Cabinet in a restaurant, in a department store, at a gasoline station, you get out and you create a crowd and you push back on them, and you tell them they’re not welcome anymore, anywhere.

Couldn't that be considered inciting violence which is illegal?

Lest you think I'm spinning nonsense, I took a swing by that odious publication Huffington Post.

Let's look at a few comments on the Huff and Puff article about Maxine Waters:

Let the protests grow! And not just protesting immigration. Everything Trump!! Everybody in his administration should fear leaving their homes.
Like · Reply · 116 · 9h

Susan Bibb Keller why stop at the white house? He has a lot of followers too.
Like · Reply · 14 · 4h


Admittedly, there are only about 80 comments total.  For a large publication like Huff and Puff, that's not too many.  Contrast that with Insurrection is Here; How Long do We have Until Civil War 2.0 Starts? at American Thinker with over 600 comments at 1:30 ET, or Breitbart's  Border Hysteria Delivers Disastrous Week for Establishment Media which is bumping up against 5 K comments.

And who are these peeps over at Huff and Puff?  Well, this Ger Hopper and Vigil-zamora Bea are probably fake Facecrap accounts.  David Currier is an angry old queen "married" to another angry old queen.  Susan Bibb Keller is a bit of a cipher since she doesn't publicly update her Facecrap page.

Even former Obama adviser, David Axelrod, is finding the tactics of the commie/marist/libtards a bit abhorrent.

Check out Pam Bondi being threatened in Florida:

Did the shooting of Steve Scalise teach the left nothing?  Apparently so.

Father Z weighs in:   What has the Left been up to? A few examples.

All sorts of great deals in Kitchen 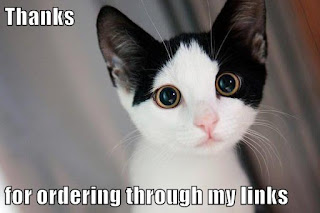 I receive a small commission from Amazon when you purchase through my links - at no additional cost to you.  I thank you from the bottom of my heart!