as expected the pagan/commie/marxist/muslim/libtards are outraged and declaring death to America.

This is like expecting the yellow jackets buzzing around my back deck to suddenly become peace loving honey bees.  You don't negotiate with yellow jackets - you kill them.

President Donald J. Trump did what was promised - by law.

And for anyone who is believing the MSM, including Fox, when they tout this as "Trump's decision" understand this:

The Act recognized Jerusalem as the capital of the State of Israel and called for Jerusalem to remain an undivided city. Its purpose was to set aside funds for the relocation of the Embassy of the United States in Israel from Tel Aviv to Jerusalem, by May 31, 1999. For this purpose it withheld 50% of the funds appropriated to the State Department specifically for "Acquisition and Maintenance of Buildings Abroad" as allocated in fiscal year 1999 until the United States Embassy in Jerusalem had officially opened. Israel's declared capital is Jerusalem, but this is not internationally recognized, pending final status talks in the Israeli–Palestinian conflict.

Save on Grills and Smokers from Cuisinart

Don't forget to check the Lightning Deals
and

If you love bargain hunting, you've come to the right place! Shop online at our outlet store and find low prices on markdowns and overstocks - you'll find items such as electronics, accessories, clothing, kitchen gadgets, and more all year round. 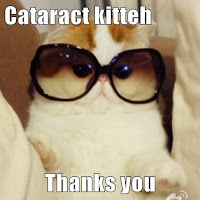 I receive a small commission when you purchase items through my links, at no additional cost to you - and I thank you.  The money will help fund my upcoming cataract surgery.