No more kneeling for NFL - Commie/Marxist/Libtards call it Fascism and blame Trump...

I kid you not.

I'm not a football fan and the new ruling by the NFL stating that the players may not "take a knee" during the National Anthem doesn't change my life one way or another.  The owners generously said a player was welcome to stay in the locker room during the anthem.

Out of curiosity I thought I'd slither over to Huff and Puff and see the reactions. I know, I know - it's an ugly job, but someone had to do it.

There's over 400 comments and I only perused about 100.  The following (names not included) will give you a taste of a commie/marxist/libtard reasoning.  It seems they're all of a sudden very concerned with constitutional rights, think the players are being treated like slaves, threw out the racist card, and blamed it all on Trump.

Slave Owners have always insisted on owning their slaves lives, not just their work.

I wonder who wins if the player's union demand seperating the anthem from the game in 2020? Trump and the owners? Or players, fans, America and the constitution?

Time for every player in every US professional sport to take a knee in solidarity. Sucking up to the spoiled rich kid in the Oval Office, are we? It's wasted on him, owners. You just haven't gotten that yet, have you?
If I were these guys, I would stay in the locker room until its time to actually play the game.

How can their Constitutional rights be taken away ??

Any Vet who tells you that Kaepernick kneeling really disrepected him or her, probably didn't like Black people to begin with.

Any fan of the NFL and Free Speech in attendance at an NFL game should take a knee during The Star Spangled Banner in support of BOTH.

Borderline fascism. No NFL is not the gov't but Trump has made numerous public statements condemning those whom knelt for the anthem and NFL has received money from dept of defense to promote patriotism. I watch very little NFL of late and will now watch none.

Wait.  Someone made sense.


Private business they are free to make policy for their employees. Every company in America does the same sort of thing. Don’t suddenly pretend to give a damn about free speech. 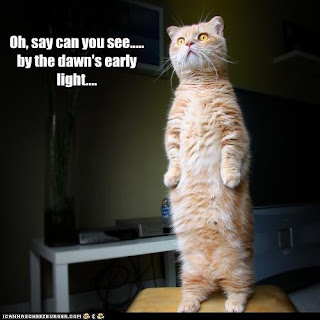 Treated like slaves?  Tell me how raking in millions of dollars every year to run around chasing a ball and banging the stuffing out of the opposing team is akin to slavery.  A vast number of NFL players couldn't qualify for a part-time job at the Dollar Store, but due to football they live in mansions and drive luxury autos. And that's okay as long as they do what they're being paid to do.

Have they not realized that football is a job?  You signed a contract to play football.  The owner of the team is your boss. If you conduct yourself in such a way as to cause a loss of income to your boss, pretty soon you will out of a job.  Capisce?

I suggest that all the horrified commie/marxist/libtards try exercising your free speech rights when they go to your jobs tomorrow.  You might start by telling a customer or two how you really feel about them and their demands.  Or how about wearing a T-shirt that says f*ck whitey? And don't forget to tell your supervisor, who happens to be the owner's son, that he's a dick and a dirt bag.

And on your way out the door after being fired you may want to scream "FIRE!"

Save big in Office Electronics and Supplies

I receive a small commission when you purchase through my links - at no additional cost to you.  Thank you.

Email ThisBlogThis!Share to TwitterShare to FacebookShare to Pinterest
Labels: NFL